With “Utopian Realities – 100 Years of Now with Alexandra Kollontai” HAU Hebbel am Ufer inquires into the topicality of political and artistic developments that became possible for a few years following the 1917 Russian Revolution. It liberated utopian thinking by bringing it from a distant dream into the effective realm of everyday life. The first attempts to create a new world were made, but the potential of the political upheaval turned into its opposite in Stalinism only a few years after the revolution.

What is the significance of the utopias of that time, and don’t many of these past ideas still appear future to us today? As part of the four-year project “100 Jahre Gegenwart” by the Haus der Kulturen der Welt, HAU is working with international artists to present four new productions, two different discussion formats, a music programme and installations, which will look backward to measure the distance to the past in order to understand current society in its political form and to update its own positionings. The work, the writings, and the life of Alexandra Kollontai (1872-1952) are the productive inspiration here. The Soviet revolutionary and feminist turned the body, love and sexuality into a political topic, developing new models of family and educational policy.

A publication by HAU Hebbel am Ufer for the Festival “Utopian Realities – 100 Years of Now with Alexandra Kollontai“ (12.–22.1.2017). With text by the artists Marina Davydova, Vera Martynov, Simone Aughterlony and Jen Rosenblit, an introductory text by HAU director Annemie Vanackere, conversations with Lina Majdalanie, Mariano Pensotti and Vlatka Horvat and texts by Gisela Motz and Alex Demirović.

“Against Dispair” by Annemie Vanackere

“A Revolutionary Feminist Living Many Lives” by Gisela Notz

“I’ve had enough, I’m going to the movies.” Silvia Fehrmann in dialogue with Mariano Pensotti

“Everything Fits in The Room” Simone Aughterlony and Jen Rosenblit

“Thinking the Possible” Annemie Vanackere in dialogue with Vlatka Horvat 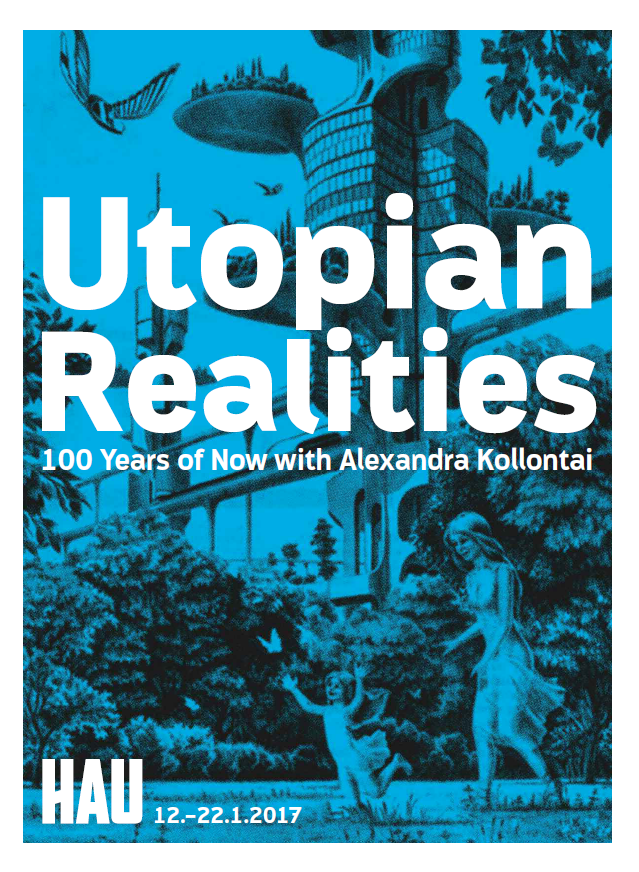