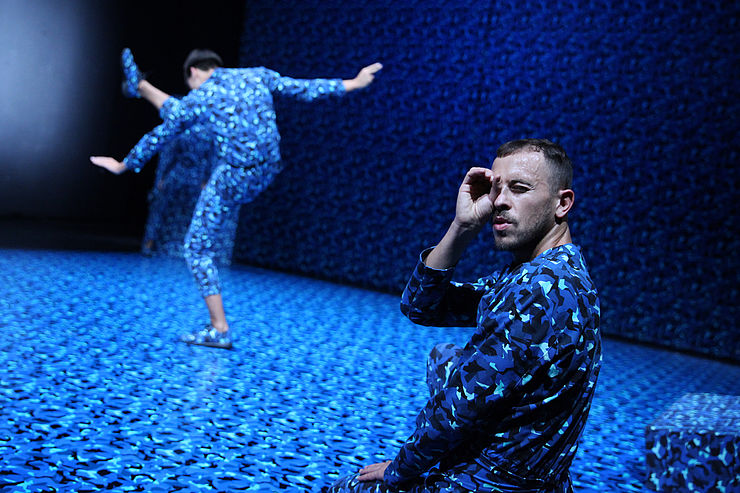 Adam Linder (1983, Sydney) is a choreographer and dancer based in Los Angeles and Berlin. He makes theatre works and provides Choreographic Services. In 2016, Linder participated in the Made in LA Biennial at The Hammer Museum Los Angeles, where he was awarded with the Mohn Prize for artistic excellence. Linder also participated in the 20th Biennial of Sydney and the Liverpool Biennial (both 2016). His solo or duo shows were presented at the Institute of Contemporary Art, London (2015) and The Schinkel Pavillon, Berlin (2016). After “Parade” (2013) the performance “Kein Paradiso” was his second co-production with HAU Hebbel am Ufer. “Parade” was invited to Tanzplattform 2016. At HAU he also performed his “Auto Ficto Reflexo” as part of Tanz im August (2015). Additionally, his works have been commissioned, presented and hired by Serralves Museum Porto, Museum of Contemporary Art Los Angeles, The Wattis Institute San Francisco, Museum of Modern Art Warsaw, American Realness NYC, Kampnagel Theatre Hamburg, 356 Mission Rd. Los Angeles and Frieze LIVE London. In the past Linder performed with Michael Clark Dance Company, Meg Stuart / Damaged Goods and The Royal Ballet London.