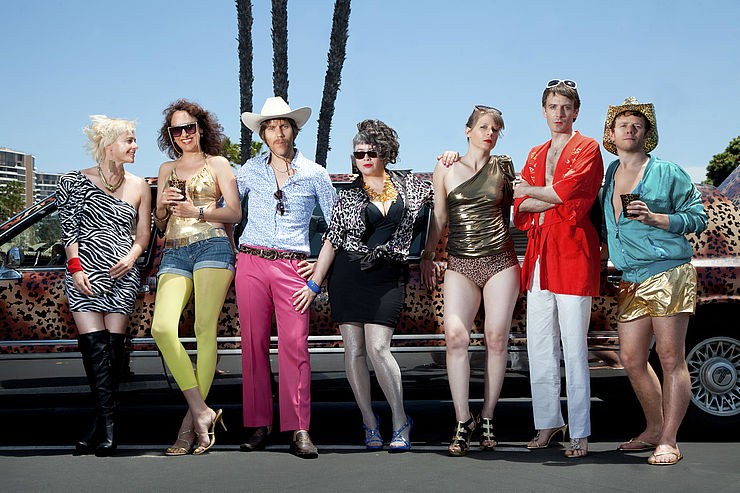 Gob Squad is a group of artists that works collectively on conception, staging, and performance in the borderlands between theater, art, and media. Founded in 1994 by students from Nottingham and Gießen, Gob Squad has been settled in Berlin since 1999. They place their works in theaters and galleries but also in the middle of the urban environment. Gob Squad seeks out encounters with spectators that exceed the classical conditions of reception. They are invited to dance or play along. The group alternates between stage performance, video installation, interactive live film, radio play, and urban intervention. They use the media to broadcast their works through in order to excavate the longing and desire under the digital surfaces of the 21st century. Even in their early works, Gob Squad found their way to a style that has received international attention since their successful appearance at “theater outlines” at documenta X (1997). Since then their productions have been shown in many parts of the world, where projects such as “Before Your Very Eyes” (invited to the German Theatertreffen 2012) have become highly desired exports.