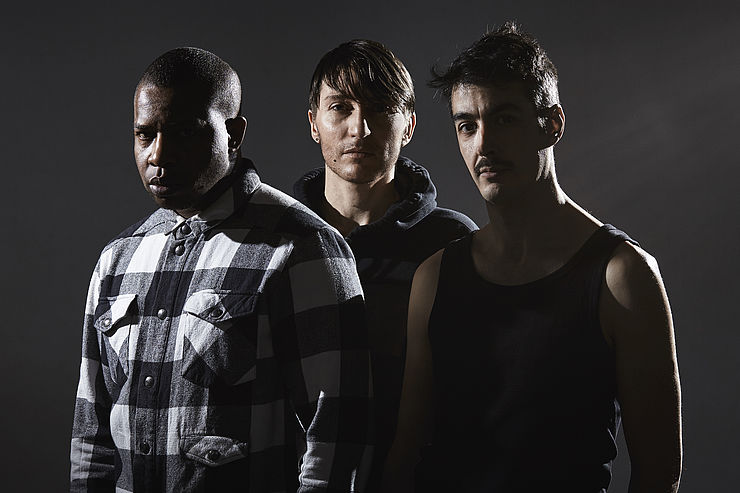 Josep Caballero García studied contemporary dance in Barcelona and at the CNDC d’Angers (France). He finished his education at the Folkwang Hochschule Essen. Starting in 1994 he worked as a dancer with Pina Bausch, Urs Dietrich, Doris Stelzer and Xavier Le Roy. Since 2008 he has been working as an independent dancer and choreographer in Hamburg and Berlin. In 2009 he began doing research on “Le Sacre du Printemps”, which he continued in two residencies at tanzhaus nrw and at K3-Tanzplan Hamburg. This led to the Sacre trilogy “Ne danse pas si tu ne veux pas”, “No [‘rait] of spring” and “SACRES”. In 2013 he was awarded the Jury Prize at the festival 638 Kg Tanz in Essen for his solo “SACRES”. García was invited to the German Dance Platform in Hamburg as part of Pitchings, a format for young choreographers. In 2015 he developed the production “T/HE/Y”, aco-production of HAU Hebbel am Ufer, which was also shown at Kampnagel inHamburg and which can be seen once again at HAU Hebbal am Ufer in 2016.