Based on texts by Heiner Müller 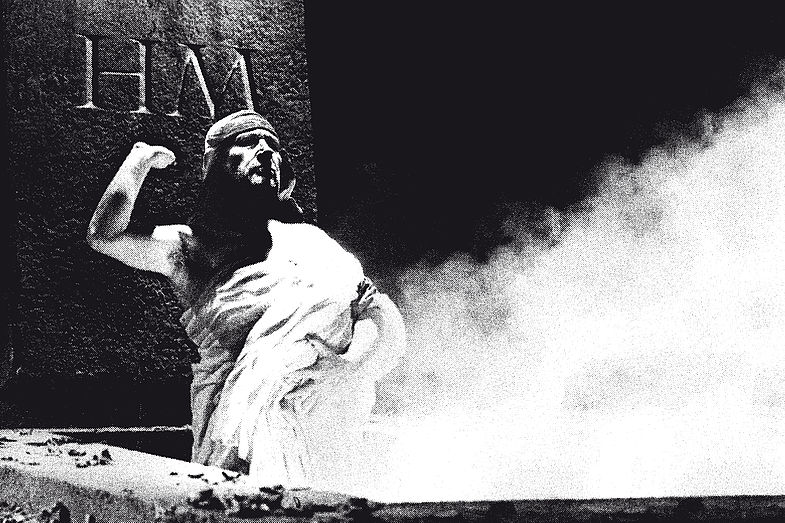 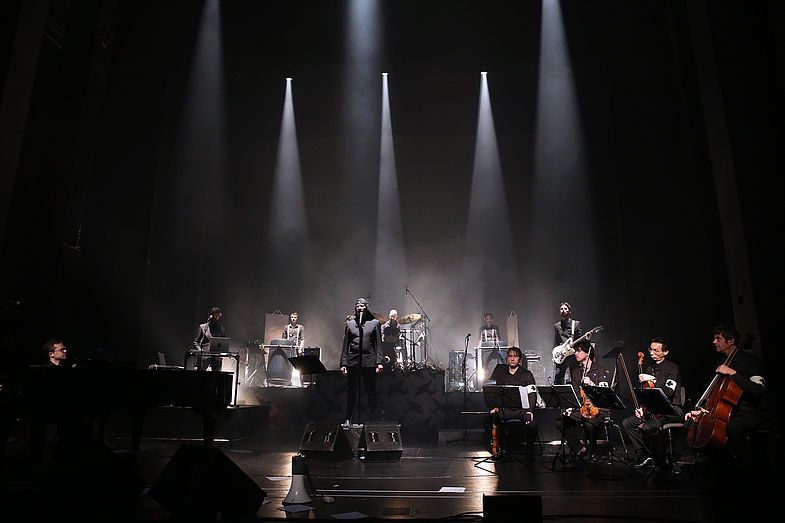 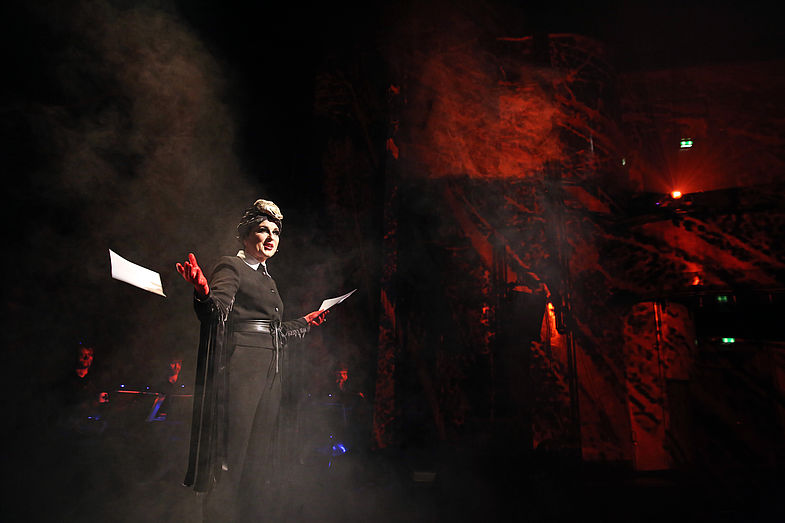 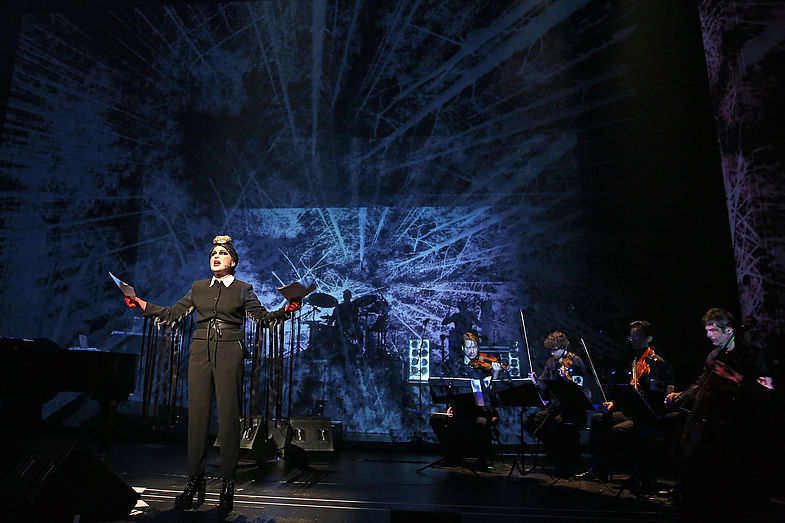 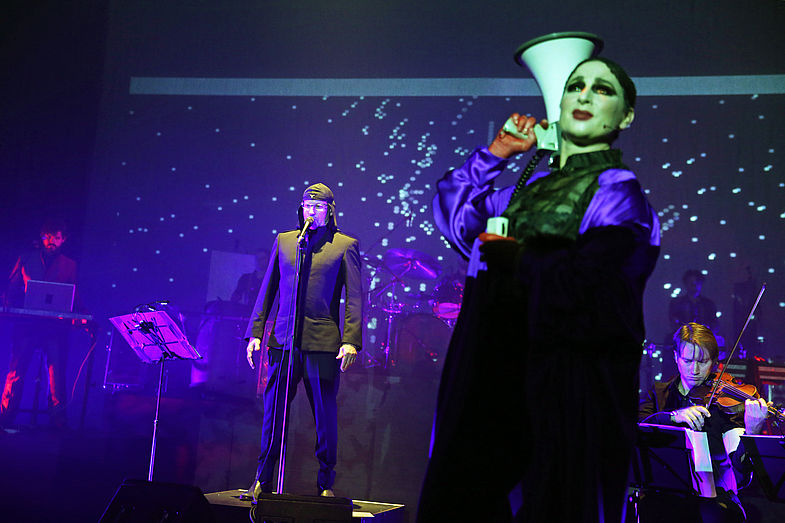 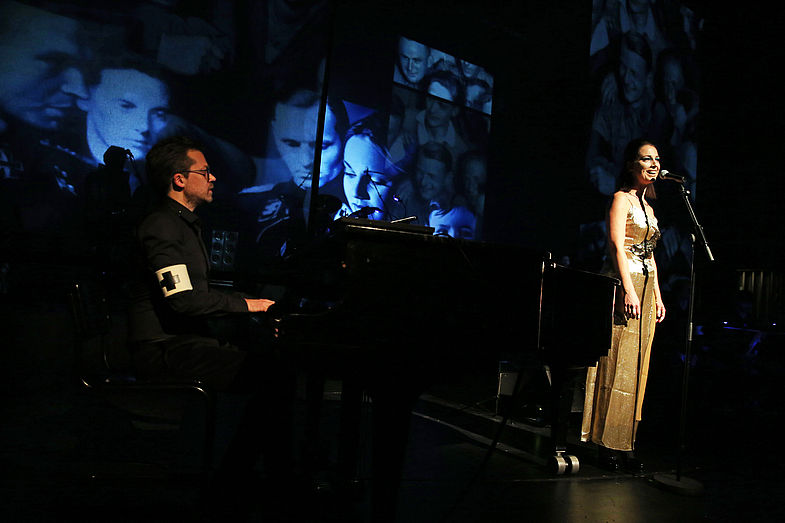 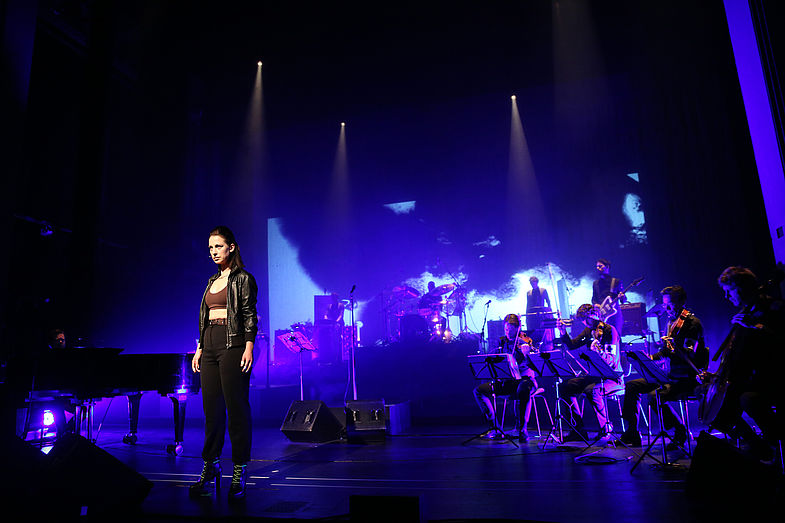 “As soon as I hear the word ‘Volk,’ I get leery,” said Heiner Müller in 1990. “It isn’t my ‘Volk,’ my people. I understood very well, especially in the fall of last year, why Brecht always insisted on saying ‘population’ instead of ‘people.’ A slogan like ‘We are one population,’ of course, does not work. It doesn’t have any spark at all.” Today once again we have to ask the question, who or what was this chorus that empowered itself with the slogan “We are the people.” In times of global regression the phantasm “Volk” has begun to solidify again into ethnic, cultural or ideo-logical homogeneity. The music theatre project “Wir sind das Volk – a Musical” harmonizes what has long belonged together: the poet Heiner Müller and the legendary music group Laibach – featuring Agnes Mann, Susanne Sachsse, Cveto Kobal, Sašo Vollmaier, and others. “The dialogue with the dead cannot stop until they hand over the future that has been buried with them.” – Welcome to the abyss!

After the performance on 9 February: Artist Talk / Moderation: Uwe Schütte

After the performance on 8.2.: DJ Set by DJ Sperans at WAU