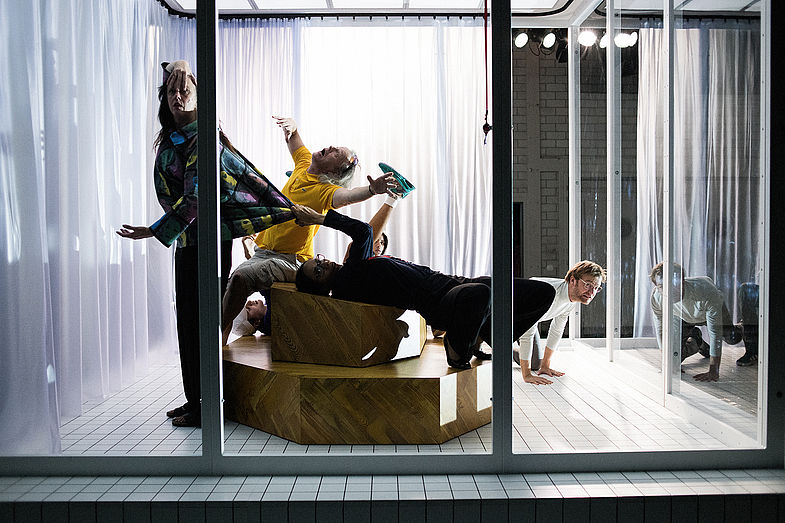 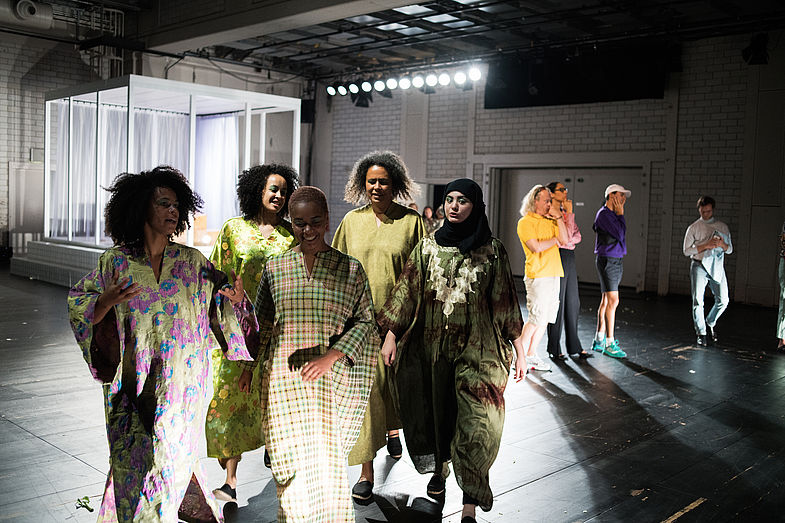 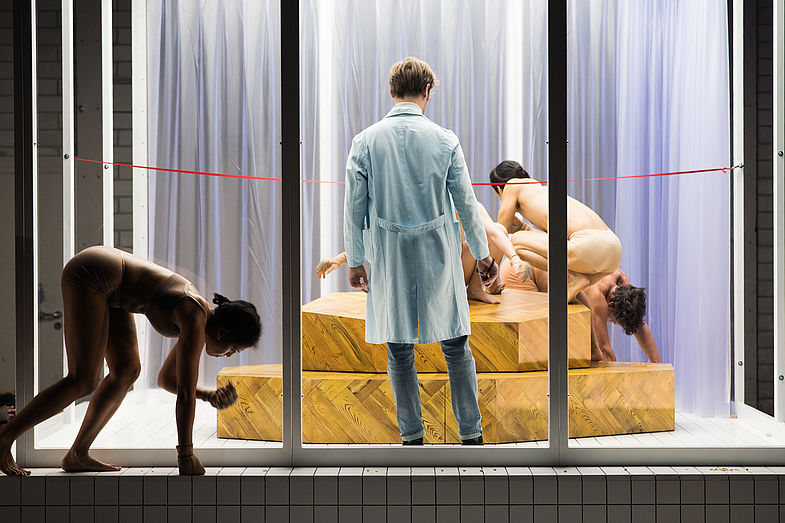 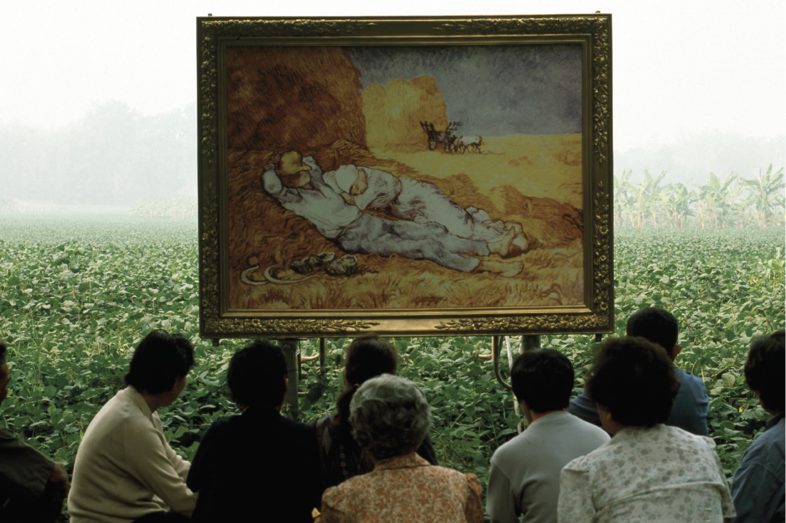 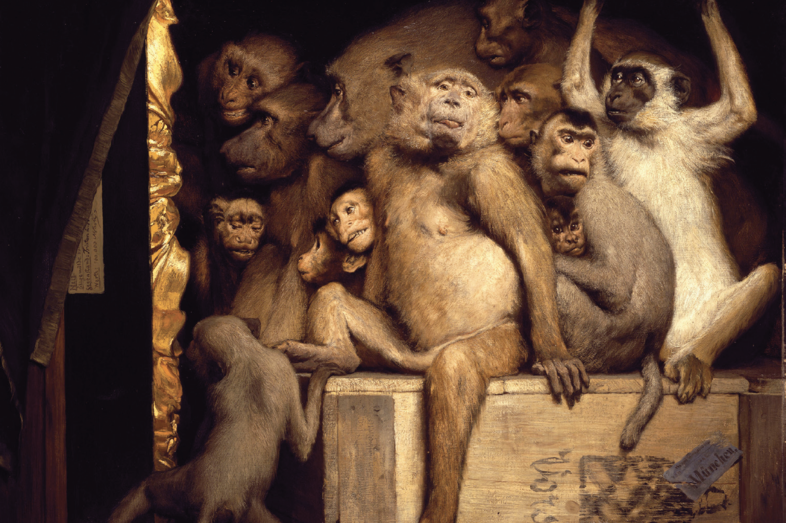 Who is, in fact, mankind?, Anta Helena Recke asks in her new piece, a HAU co-production. Based on Sigmund Freud’s text “A Difficulty of Psychoanalysis”, the three “insults to humanity” which he pinpointed – the realisation that we are not the centre of the universe, that we are descended from apes, and that we have a subconscious that we cannot control – are extended by a fourth insult: the fact that we doggedly overlook the greatest illusion, the assumption there is only one humanity. Perhaps because this would be one of the most profound insults to the human ego. The current global resurgence of fascist forces in phenomena such as “Men’s Rights Activism” and the self-confident appearance of white supremacy groups show just how deeply the illusion of white male humanity is anchored in the white body.

In Recke’s “Die Kränkungen der Menschheit,” images overlap one another in succession, creating a hybrid space between museum, zoo and laboratory: a horde of monkeys populates the stage, ultimately gathering together around a strange man in a white lab coat; a small museum group takes a walk; a large group of people draws patterns in the room. The evening takes us to those fragile moments when one idea of the world is replaced by another. “Die Kränkungen der Menschheit” is about the desire for showing, organizing and understanding. It’s a piece about a society overtaken by its own past.

Invited to the Theatertreffen 2020. Statement of the Jury:
Anta Helena Recke adds another “Humiliation of Mankind” to the three previously noted by Sigmund Freud (1. Mankind descends from the apes; 2. The sun is the centre of the universe; 3. People are at the mercy of their unconscious mind): White European men are not the paragons of mankind after all. With her criticism of white supremacy, the director prompts her audience to reflect on their own views and associated patterns of decoding. In the setting of an art museum, a painting is re-enacted and a different picture is discussed among a group of visitors. This largely meditative performance presents a sublime scrutiny of viewing norms and thereby patterns of reception and representation. Recke touches on several post-colonial discourses – from restitution to white normative thinking, applying unusual energetic devices of presence and absence.

After the performance on 9 February: Artist Talk with Necati Öziri.
Necati Öziri has been a dramaturg at the Theatertreffen festival and director of its International Forum since 2017. He was born in 1988 and studied philosophy, German studies, and contemporary German literature in Bochum, Istanbul and Berlin. He received a grant from the Heinrich Böll Foundation and taught formal logic at the Ruhr University in Bochum. Öziri was part of the dramaturgy team at the Maxim Gorki Theater from the 2013/14 season to the 2017/18 season, and for two of those years was artistic director of Studio Я. He also works as a writer. His piece “GET DEUTSCH OR DIE TRYIN’” has been invited to the Heidelberger Stückemarkt in 2018.

After the performance on 9 February: Artist Talk with Necati Öziri