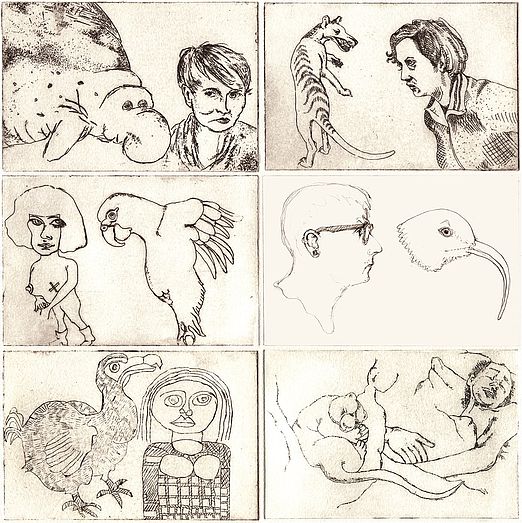 Friends and colleagues of Antonia Baehr each chose one animal out of the many that have become extinct, which is meant to reflect their friendship metaphorically. Each of them created a score out of instructions and materials, which Antonia Baehr then continued to work on. Categories such as "animal"

This project is co-produced by NXTSTP, with support of the Culture Programme of the European Union.