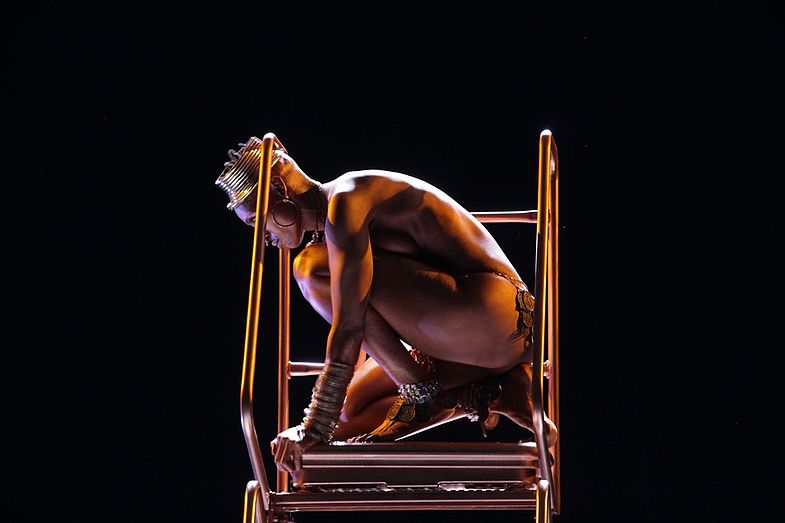 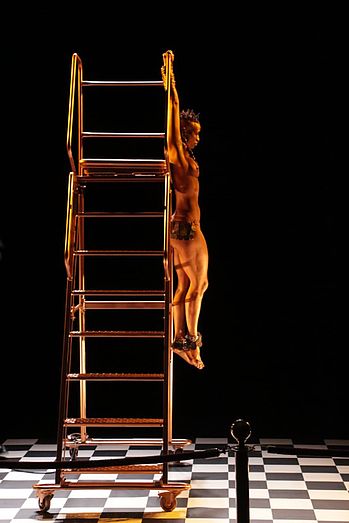 The dancer, choreographer and activist Mamela Nyamza has caused quite a stir on the international scene for a number of years now. She consistently places her personal biography as a Black African lesbian mother within the general debate about the failed rainbow nation of South Africa, where racism and machismo are both regaining strength along with the divisions between high and tribal culture and between different linguistic and tribal regions. Instead of rapprochement, reconciliation and the exchange of views, this remarkable artist born in Cape Town in 1976 detects greater compartmentalization, stricter racial separation and a climate of fear now exerting a firm grip over a national that was once a model of the post-colonial idea.
In her new work “Black Privilege”, Nyamza focuses her attention on the hypocritical structure underlying our societies in which everyone is permanently judged and pre-judged. Switching back and forth between a ritual in which she summons up various aspects of strong women and a court process in which powerful figures are held to account for their horrific deeds, Nyamza blurs the boundaries between spirituality and the law. Rejected and unrecognized heroines of the African struggle for independence are brought back to life, judged and perhaps also celebrated.

After the performance on 25 June: Artist Talk / With Lisa Tracy Michalik. Lisa Tracy Michalik is a media and culture scholar and independent journalist, including for Missy Magazine. Her texts deal with topics such as racism and gender, from the perspective of her lived experience as a Black queer woman in Germany.

After the performance on 25 June: Artist Talk / With Lisa Tracy Michalik.