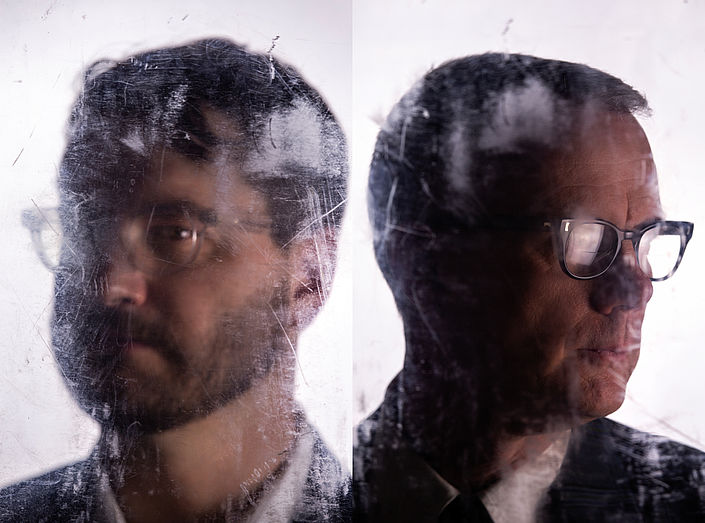 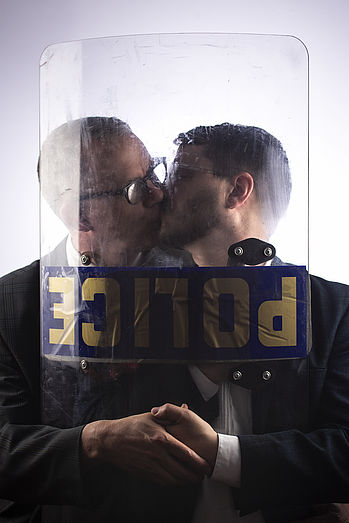 On “Plastic Anniversary”, Matmos deal with an issue of our times. The new album by the Baltimore-based electronic duo is derived from a single sound source – plastic.

At once hyper-familiar in its omnipresence and deeply inhuman in its measured-in-centuries longevity and endurance, plastic supplies, surrounds and scares. True to form, M.C. Schmidt and Drew Daniel have assembled a promiscuous array of examples of this sturdy-yet-ersatz family of materials: Bakelite dominos, Styrofoam coolers, polyethylene waste containers, PVC panpipes, pinpricks of bubble wrap, silicone gel breast implants and synthetic human fat.

Though it has the tight editing chops, pop forms and bizarre sound palette of their early albums, “Plastic Anniversary” has a distinctive sound because of the foregrounding of plastic horns and plastic drums played by human beings.

“Plastic Anniversary” has been released on March 15 via Thrilljockey Records. Watch the album trailer here: https://www.youtube.com/watch?v=tKs57sl4_fA

Matmos will be supported by Dis Fig. Using this alias, the New Yorker Felicia Chen, now living in Berlin, produces disturbing, introspective atmospheres between raucous impact and intimate fragility. Her unique style is a combination of various club genres: from ambient to noise and grime to breakbeat and techno.