Cultural Capital? On the Role of Cultural Producers in the City 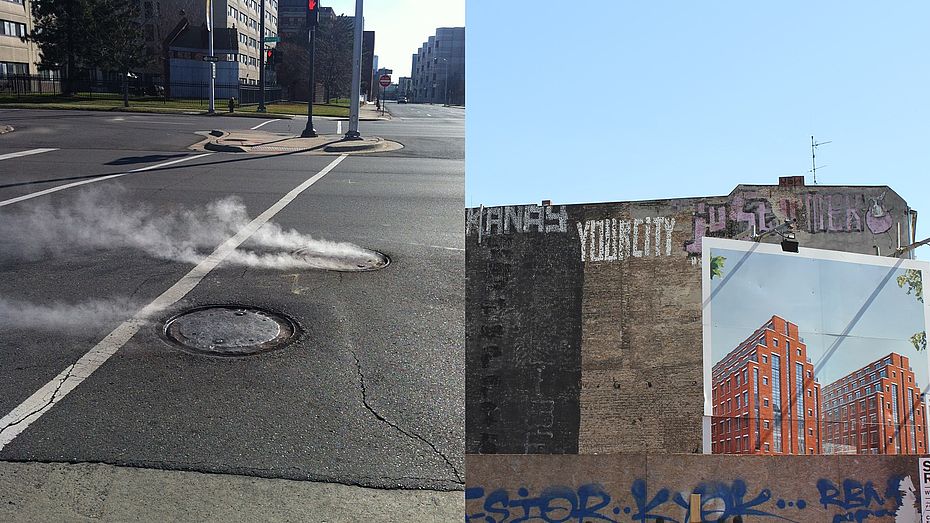 In Detroit, structural racism, suburbanization and violent austerity politics have led to the fact that the the City of Detroit and the civic society can hardly liberate themselves from the precarious situation by their own means. Berlin, however, is growing because of the appeal that the city has on nomadic, transnational-flexible creative subjects and investors as it promises cheap housing and alternative lifestyles. The 1967 “Detroit riots” intensified the “white flight” (the move of the white population to the rich suburbs) and the decline of the automobile industry. Since then Detroit’s population has fallen from 1,6 million to 700,000 people, a third of which live under the poverty line. At the moment, Detroit is experiencing a process of restructuring, driven by speculative large-scale investments in Downtown Detroit. This part of town is on its way to become a middle and upper class area once again, which keeps certain income groups and other classes of people from living there. Even local movements organized by engaged citizens have not been able to stop this development. Although Berlin has not been so drastically affected by Fordist and post-Fordist crises as Detroit, inner city neighbourhoods and former temporary alternative zones have become increasingly unaffordable whole the suburbs become unliveable. Both panel discussions will pose the question of urban space as a site of production from a variety of perspectives.

The panel debate "Cultural Capital? On the Role of Cultural Producers in the City” will examine the mobilization of cultural resources. These are not only seen as a means to revitalize urban culture and communities, but also as a dynamic force of a new, creative capitalism. What consequences does the concentration on cultures of creativity have for individual neighbourhoods (or communities) in the city, especially since everyday activities that are not compatible with the logic of a (post) industrial space are increasingly neglected or disregarded? How do cultural producers articulate their productions and interventions, and what do they think about the discourse on the “creative city” as a relation between contradictions? These questions will be discussed by Cornelius Harris (Underground Resistance), Bryce Detroit (Detroit Recordings Company), Julia Brunner (Kottie-Shop) and the sociologist Séverine Marguin (TU Berlin).

Presented as part of “Detroit – Berlin: One Circle”, a festival by HAU Hebbel am Ufer. Supported within the framework of the Alliance of International Production Houses by the Federal Government Commissioner for Culture and the Media.