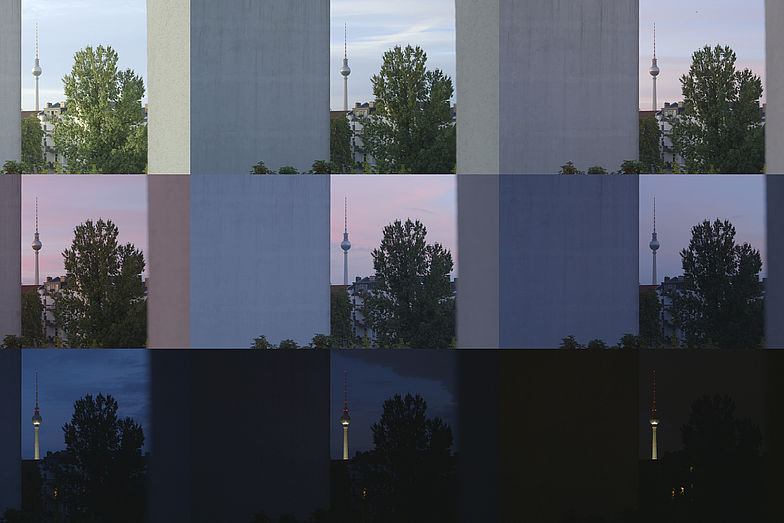 In a single shot, the Berlin artist Ina Wudtke films 24 hours of the view from the window of her former apartment overlooking Berlin’s Fernsehturm during the last day that she lived there. The time-lapse view of Berlin’s icon is combined with a personal voice-over narration about the termination of her lease together with a history of the transformation of the previously publicly-owned real estate of East Berlin. The tale spans the period from the construction of the house at the beginning of the 20th century up to the termination of leases in the present. This history might be symbolic for many buildings and lots that were “returned” through processes of restitution and sales, often enough to the profiteers of the Nazi regime. The dark side of politics after 1989 is elucidated, a politics that rehabilitated an indebted household at the expense of low-income tenants through legal instruments including modernization and personal use claims.