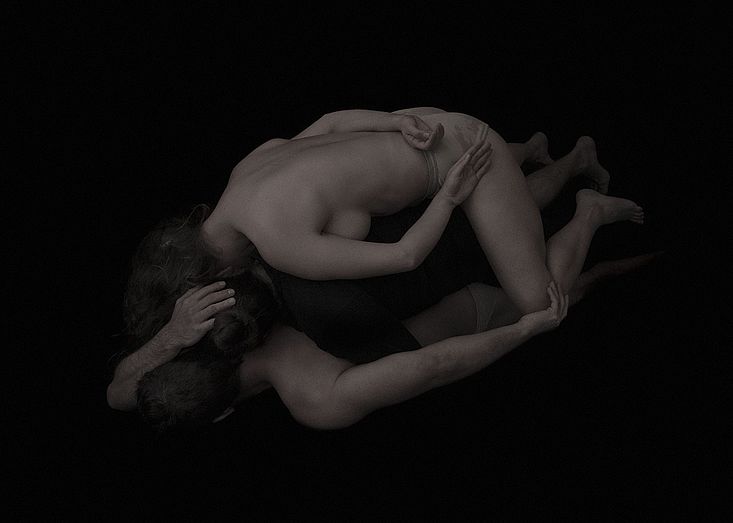 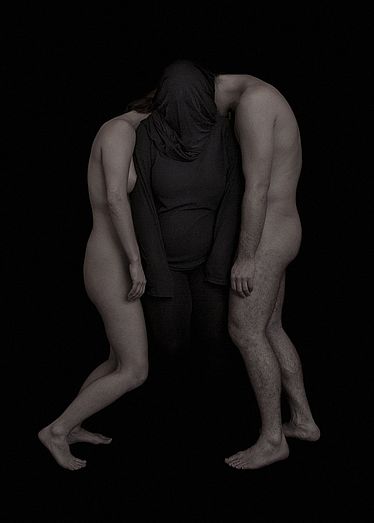 Jared Gradinger and Angela Schubot’s work focuses on the ‘debordering’ of the body. Their starting point is the dissolution of the self. How can one stop ‘I-ing’? And in their attempt to do so, how far beyond intimacy does it bring them and what new forms of co-existence willemerge. With “Les Petites Morts – i hope you die soon“ Gradinger and Schubot bring this aspect to another level and raise the paradoxical question of how two individuals can die together on stage. This paradox is used as the starting point to develop a movement language that aims at the disappearance of one´s own body whilst still remaining on the stage. Is it possible to overcome the solitude of death through unconditional togetherness? Can we transform the fear of dying into acceptance or even into something that longs to die? “i hope you die soon“ is the first part of the project “Les Petites Morts“.

Further performance 26 April as part of the Schubot/Gradinger-Marathon.
part of "SOON YOU ARE THEIRS" – A retrospective festival by Jared Gradinger and Angela Schubot