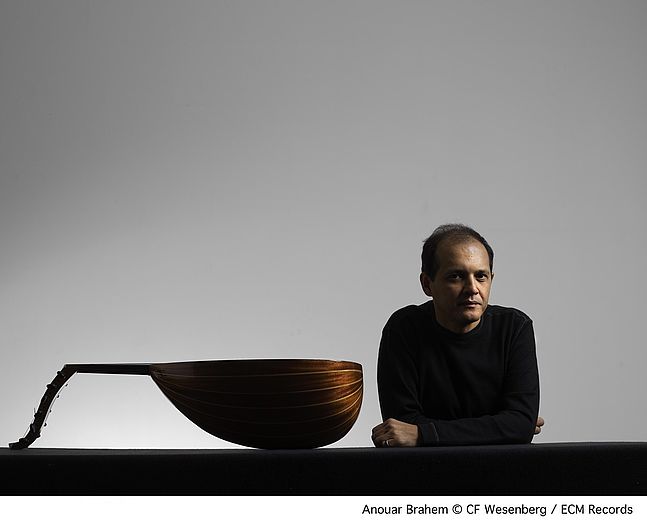 Anouar Brahmen is considered one of the most important living virtuosos on the oud, a relative of the European lute. As former student of Ali Sriti, the Tunisian born composer has delved deeply into the secrets of classical Arabic music. Influences from both the Western and the Eastern hemispheres find a common ground in his improvisations, without lapsing into kitschy Orientalism.