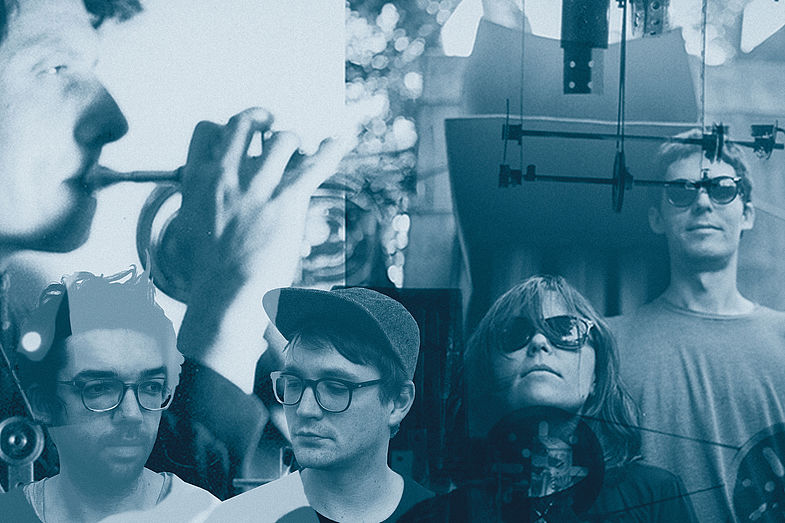 The French multi-instrumentalist and composer Pierre Bastien, the British-Italian experimental duo Tomaga and the Munich-based band Joasihno will take us all on an experimental journey. The musicians will intermingle their sets, meandering their way into a concert installation: Pattern-playing robots meet analogue electronics, industrial approaches jazz and a metal construction set full of global soundscapes transcends into psychedelic repetition.

The dream of a composer: An orchestra at one’s fingertips, obeying ever so gently to his every command: a timeless sounding orchestra, both futuristic and slightly dada, conjuring ancient traditions in its surprisingly sensuous music. This is, in a nutshell, what Pierre Bastien’s “Mecanium” is all about, a daydream of sorts that he has successfully pursued since 1976. The musicians of his orchestra are machines. And the idea behind it is simple, efficient and poetic: to have traditional instruments (Chinese lute, Morrocan bendir, Javanese saron, koto, violin, sanza, etc.) played by a mechanical instrument made of meccano pieces and recycled turntable motors. These hybrid and self-playing sound sculptures perform a series of short pieces, charming and hypnotic. During the 1980s Bastien played in the Belcanto Orchestra with Pascal Comelade, worked on numerous music projects (including with Robert Wyatt, Aphex Twin or Issey Miyake), produced music for theatrical plays and studied eighteenth-century literature at the Sorbonne.

The duo Tomaga, consisting of Valentina Magaletti and Tom Releen, transforms diverse elements from industrial, jazz, psychedelic rock and minimal into a complex and playful sound journey that breathes through improvisation. Tomaga has shared the stage with Thurston Moore, Wire, Deerhoof, Silver Apples, FAUST and others.

Joasihno’s music is inspired by experimental pioneers such as Mort Garson and the melancholy of Kraut electronica, with an interest in contemporary music production and in great admiration of Moondog and the patterns of Steve Reich – psychedelic machine music from Munich. There will be live experimentation from Cico Beck (The Notwist), Aloah Input and Nico Sierig with robot instruments, sound installations, analogue synthesizers, percussion and computer electronics.