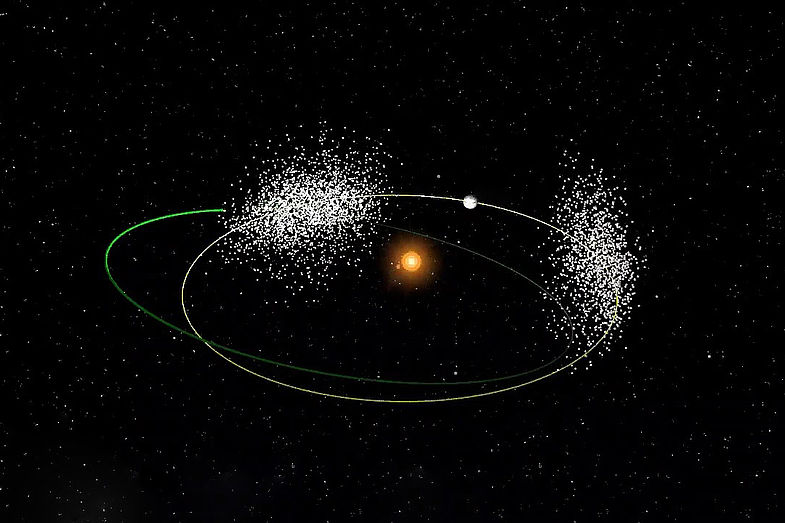 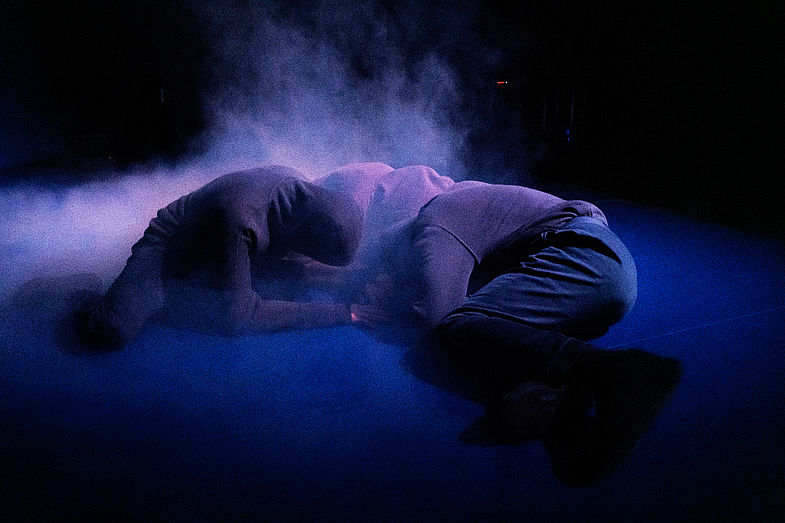 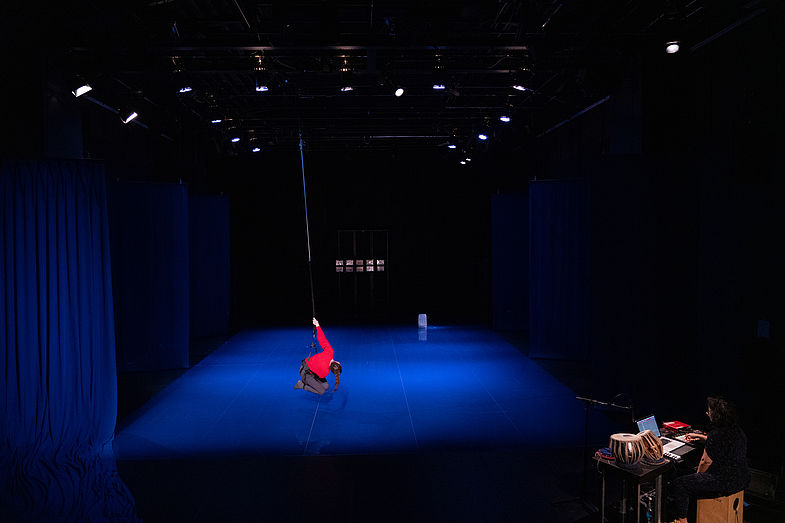 In the vastness of the sea, the infinty of the universe we are no more nor less than stardust in the void. Centrifugal force, gravitation, permeability, constant change and well-ordered chaos – in her new work, the dancer and choreographer Jasmin İhraç deals together with dancers David Mendez, Abel Navarro and musician RENU with potentially infinite movements. How do processes and movements that have a starting but no ending point, that are repetitive and periodic, articulate themselves? Does repetition mean reapparition of the same or constant change?

The dancers meander through different states of aggregation, while citing gestures of dance languages, forgotten and unacknowledged pioneers, extinct organisms of the past, present and future. They slide, seemingly almost free of gravity, over mirroring landscapes into changing fields of gravitation and soundscapes that; carried by tabla, cajón and buchla, generate rhythms of circularity.

“liú” was originally planned as a dance premiere on stage of HAU2. Due to the current situation, it is not possible for HAU and the artist to present this work live. Instead, a filmic documentation of it has been created.

*The Chinese sign 流 “liú” stands originally for the constant floating of water and the being-in-motion of things. The stream and cycle through which everything is connected refers to processes in nature and human life.