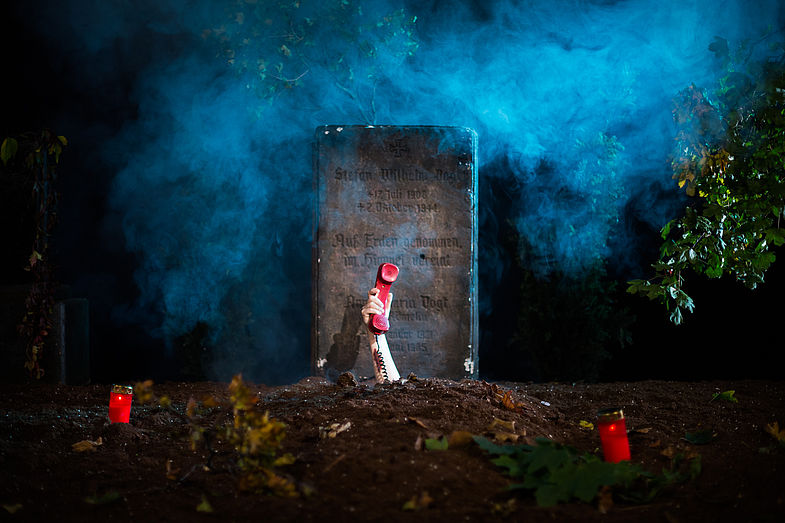 In the installation “Haunted Landlord 2019” the Berlin Peng! Collective calls up real estate firms and homeowners, confronting them with the fates of the people that they have displaced. After researching cases of lease terminations and evictions, and conducting interviews with the former tenants, they had their statements recorded by actors. A programmed bot equipped with the recorded statements calls up the office and private numbers of the companies and homeowners, playing them the stories of the people that they had displaced. As part of an interactive installation, specially updated for “Berlin bleibt!”, visitors can trigger the calls themselves. With this action Peng! is making the structural problem of lease terminations and forced evictions visible and audible through personal stories, directly confronting those responsible with the voices of the displaced and the consequences of their actions.