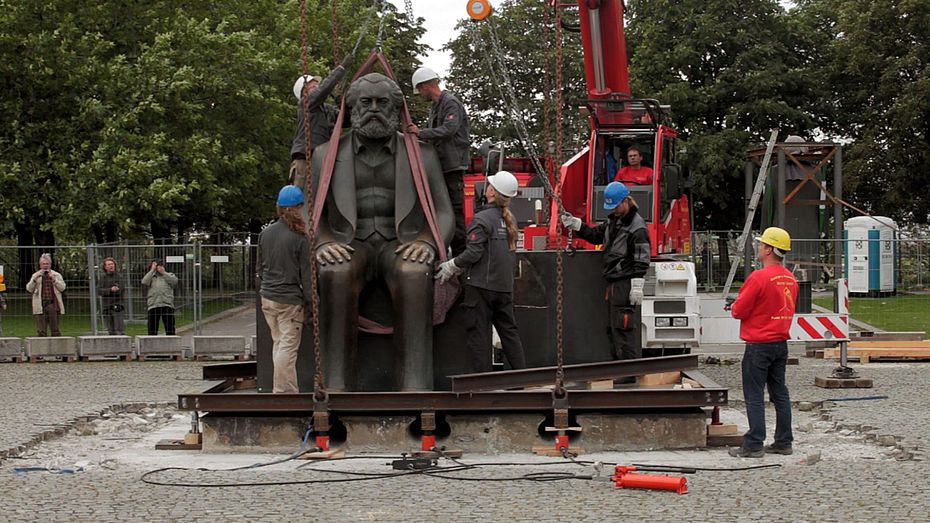 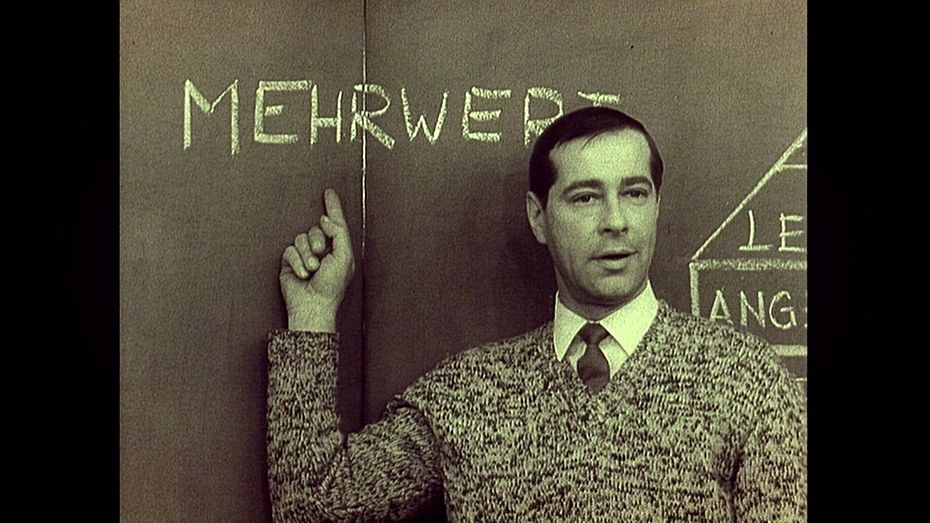 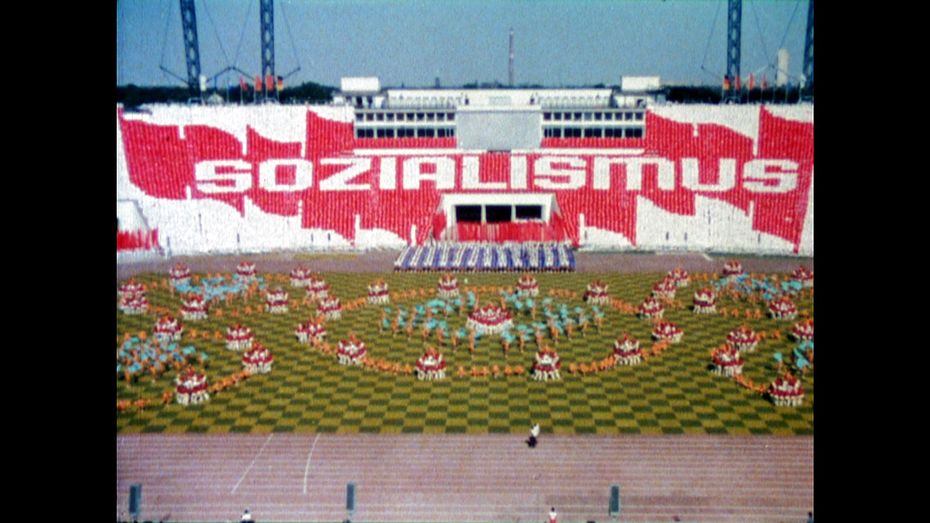 Shining a light on what is generally perceived as the losing side in the political and social upheavals of the past 25 years, "marxism today (prologue)" is a film realised in collaboration with teachers of Marxism-Leninism from the former German Democratic Republic. After the fall of the Berlin Wall this subject, once a mandatory feature of East German education, was swiftly abolished. From sixty people who responded to his call, Collins selected four women to be the subjects of his film. He talks to them in their homes and former workplaces about the changes in their daily lives and belief systems that occurred post-1989. Intercut with the interviews are personal mementoes and archival footage from the heyday of the socialist state, including propaganda films, TV programmes, and choreographed mass spectacles. An intimate and decidedly empathetic tone renders palpable a sense of the past that is both vivid and bygone, as well as the continuing relevance of Marxist ideas in the present day.

A sister-piece to "marxism today (prologue)", "use! value! exchange!" extends Collins’ interest in embodied histories and lived realities into the present day. The film consists of a lecture by one of the featured teachers to a new generation of students at the University of Applied Sciences in Berlin-Karlshorst. Having previously studied and taught at this once prestigious state institute, known then as the Bruno Leuschner School of Economics, Andrea Ferber returns to deliver an introduction to Marx’s Das Kapital from her former lesson plans. The lecture is interspersed with footage shot by Collins of the relocation of the iconic Marx and Engels statues from a public square near Alexanderplatz in the centre of Berlin to a nearby, less conspicuous site. Combined with Ferber’s astute and concise explication and the students’ lack of familiarity with the fundamental concepts of Marxist economic analysis, this scarcely publicised removal is symbolic of a historical erasure, but also demonstrative of Marxism’s enduring capacity for insights into the nature of capitalism-in-crisis.