We Must Free Our Imaginations: A Tribute to Binyavanga Wainaina 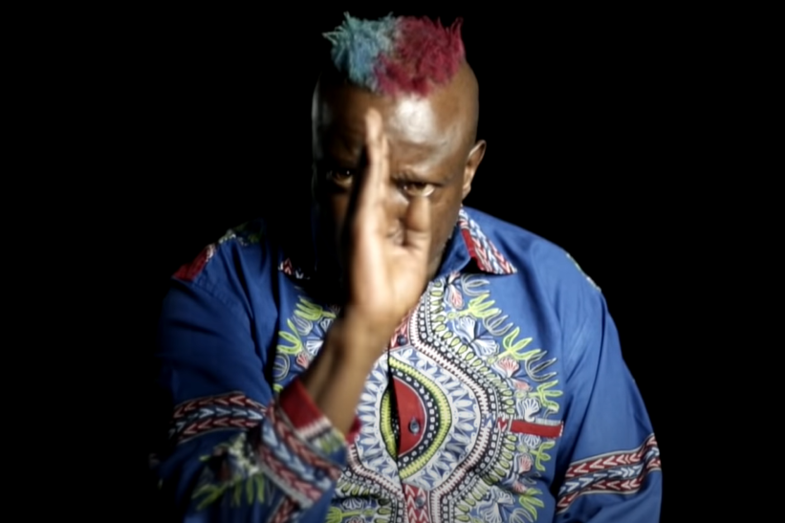 This evening honors the legacy of the late Binyavanga Wainaina – a Kenyan author, 2002 winner of the Caine Prize for African Writing and one of Africa’s leading literary figures. It features an opening remark by writer, journalist and musician Musa Okwonga, a solo dance piece by Ahmed Soura and a music performance by Lamin Fofana.

Binyavanga’s tireless endeavour to challenge us to radically free our imaginations, to think outside of parameters that have been shaped by colonial history and intersecting forms of oppression, continues to inspire thousands across continents. His radical social, political and religious critique of certain social norms and power structures, as well as their historical roots, was always accompanied by a tremendous amount of care. In every discussion, he opened up an alternative, transgressive space of socio-political imagination.

On 21 January 2014, he published the six-part video documentary “We Must Free Our Imaginations” on Youtube, in which he calls for the need for Africans ‘to free our imaginations’ in order to envision and create a ‘continent where every kind of person’s imagination does not have to look for being allowed’. Taking inspiration for this call, this evening takes the city of Berlin – which Binyavanga called home for more than a year – as a starting point to create a transgressive space of imagination through artistic practice.

Lamin Fofana’s music performance “You Have Confused the True and the Real”, will incorporate recently released music from the trilogy of sound works comprising the albums “Black Metamorphosis, Darkwater, and Blues” — the albums engage with seminal texts by Sylvia Wynter, W.E.B. Du Bois, and Amiri Baraka to reflect on historical and epistemological trajectories of contemporary social and political thought through the lens of Black Studies. Fofana uses music as a conduit for engaging with an array of issues involving blackness, migration, displacement, and race through collective listening and performance, and creates spaces that allow for dreaming and imagining other ways of being and foregrounding nonlinear thinking and experience.

Ahmed Soura’s solo dance piece “Spot on Me, I Can’t Breathe” reflects on the ways in which the continued history of trauma and liberation is inscribed in the movements of the Black body. Following the traces of African traditional dances in the world and their metamorphosis into f.e. Hip Hop dance moves, the performance contemplates the fight of Black people and the Black Lives Matter movement through bodily memory. Both performances of the evening are interested in ways to obfuscate the white gaze, using the spotlight (Ahmed Soura) and mirrors (Lamin Fofana) to break the dynamic of hypervisibility of the Black body in a traditionally white theatre space – to disturb the economy of looking and being looked at, spectacle and spectatorship, enjoyment and being enjoyed.

Musical Prologue: Lamin Fofana: “The Open Boat” / “And All the Birds Sing Bass” (Tribute to Binyavanga Wanaina)
Opening Prologue: Musa Okwonga
Performance: Ahmed Soura: “Spot on Me, I Can’t Breathe”
Music: Lamin Fofana: “You Have Confused the True and the Real”