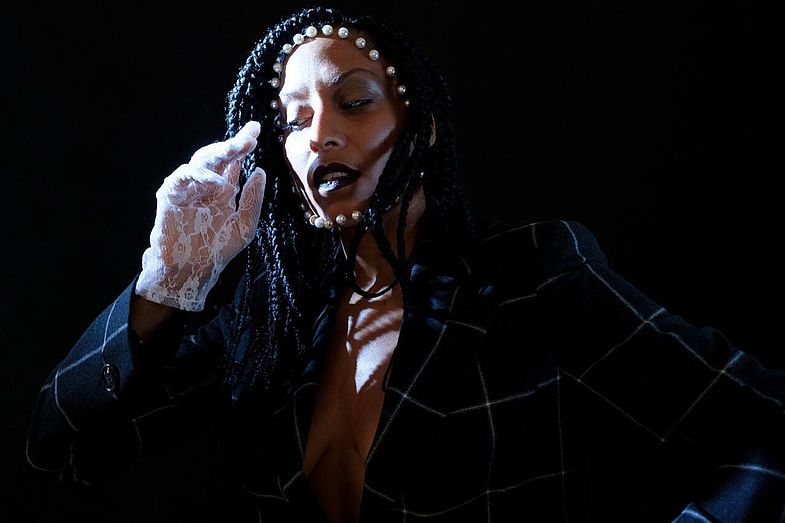 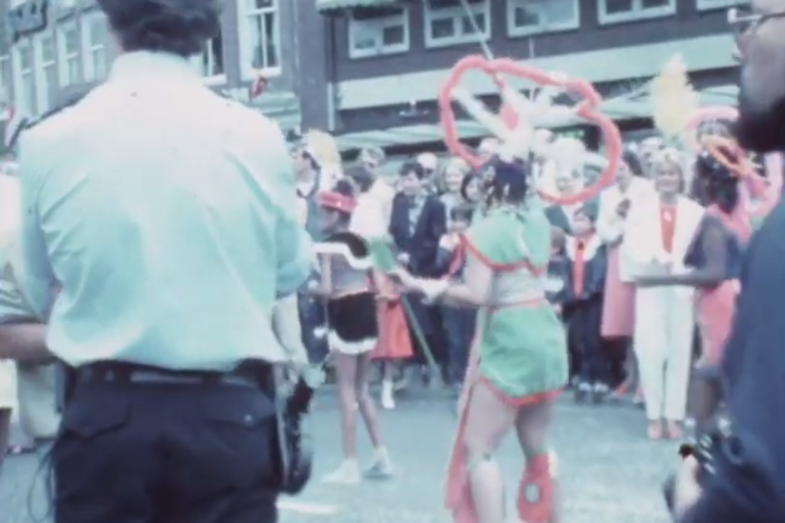 “As laughter dispels fear and anger, and as songs and stories of triumph trump despair and restore hope, so, too, did Black folk create tales and jokes, and riddles and stories, and songs that rearranged their minds to honor their being-ness in the world.”

This evening focuses on the importance of decolonial remembering by reading archives and dominant history against the record. The film “Karneval 1983” (NL/CW 2020) by Rudsel Martinus includes rare footage from the second and last Caribbean Carnival in 1983 in Utrecht. Looking back at this moment in 2020, ten years after the dissolution of the Netherlands Antilles as a political entity, the video offers a vision for a decolonial future. One in which the relationship between the Antilles islands isn’t solely centered on Dutch occupation but on cultural ties and migration histories.

Quinsy Gario, is a performance artist andactivist in the movement against Zwarte Piet, which critiqued the general knowledge surrounding the racist Dutch figure of Black Pete. His performative practice intervenes by dismantling the Netherlands Antilles heritage and presents a strategy for caring for Black presences in hostile European conditions. His performance touches upon the way in which cities’ traditions remember Black cultural production and how communities can remember themselves when the dominant community tends to forget them.

Ligia Lewis is a choreographer and dancer. Through choreography and an embodied practice, she develops expressive concepts that give form to movements, speech, affects, thoughts, relations, utterances, and the bodies that hold them. Her choreographic work slides between the familiar and the unfamiliar.  Held together by the logic of interdependence, disorder, and play, she creates space(s) for the emergent and the indeterminate while tending to the mundane. In her work sonic and visual metaphors meet the body, materializing the enigmatic, the poetic, and the dissonant.

deader than dead by Ligia Lewis
“To know the facts of one's past is not to be a part of that past.” –– Orlando Patterson, “Towards a future that has no past. Reflections on the Fate of Blacks in the Americas”, 1972
“deader than dead” is born out of a conflict with historical reason, black erasure, and ideas of linear progress. Taking the lacuna that is history for non-Western subjects as a point of departure, Lewis creates a unique theatrical language with physical narration and dark humor that plays with(in) the limits of representation. The form is that of a prolonged complainte, in the Early Music sense of a lament or poem. In response to the exclusion from one's own past, Lewis leverages darkened space as a site for critical imaging and imagining. Through the poetics of nonsense, distortion, and stasis, deader than dead imagines the world in a standstill.