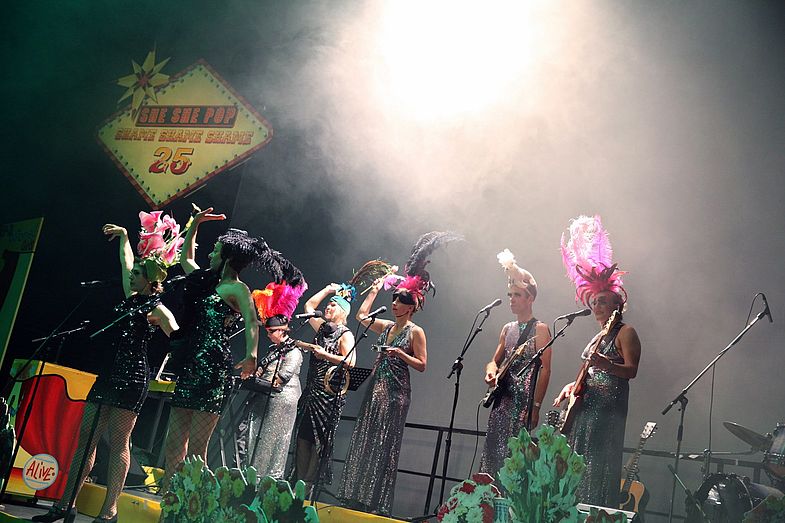 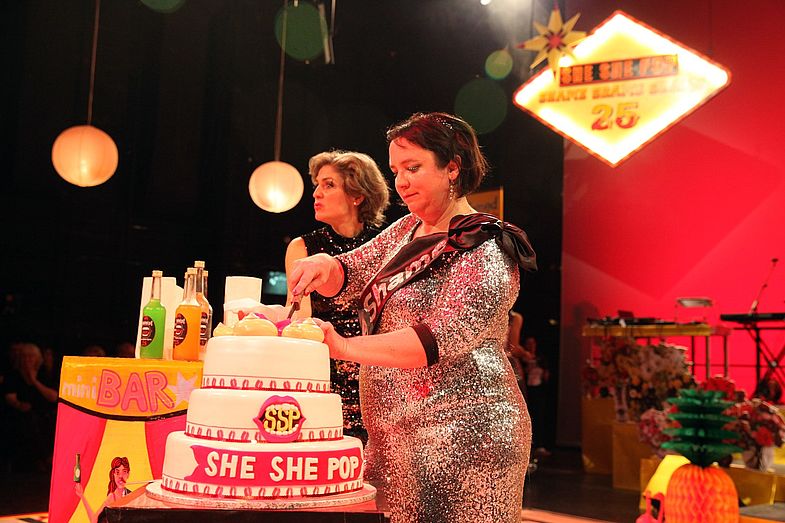 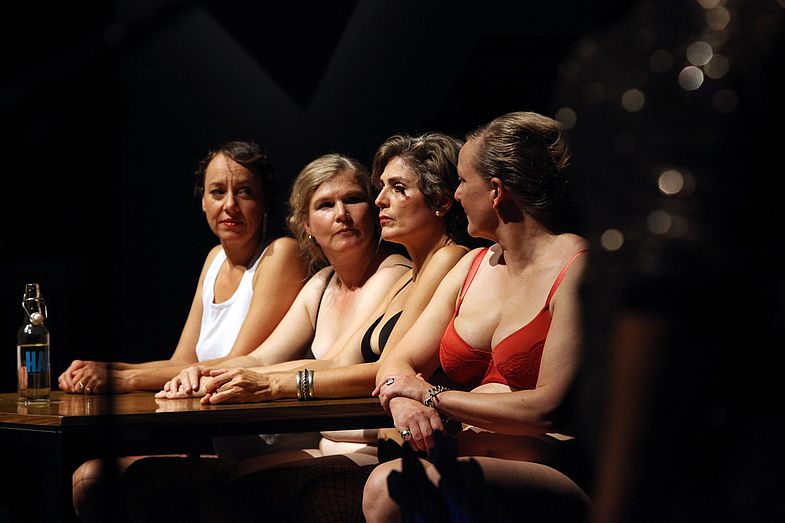 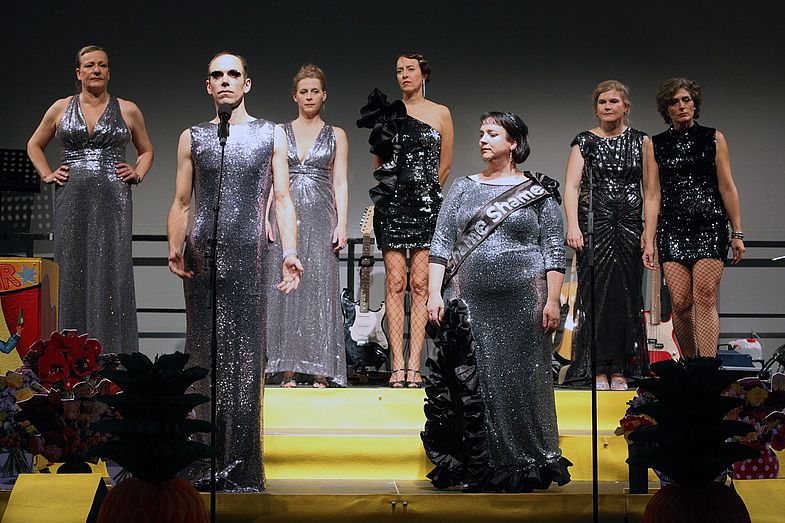 For more than just a few people, celebrating birthdays is tainted with shame. The situation of being the centre of attention and being celebrated is unpleasant for many. Finding a moment of liberation from social norms by sharing shame is the goal of many She She Pop performances – and is also the impulse behind their birthday party.

In a big gala She She Pop is celebrating their first and longest relationship, namely that to the audience. Over the past 25 years audiences have been steadfastly beside the feminist artists collective. Whether in the scenario of a table dance show, in the glaringly lit circle of chairs at an encounter group, in the studio arrangement of a game show, during a ‘blind date’ by candlelight: there has been lots of opportunity to construct and reveal expectations, to recognize and reverse power relations. Above all there has been plenty of opportunity for shame, indeed on both sides. The birthday will provide an opportunity to tell the story of this variable, even dramatic relationship. She She Pop call on everyone who has suspiciously been eyeing them over the years or even just discovered them, who has played games or danced with them, who went after them with blunt objects, wore their costumes, who has turned red in shame with them or has cried alone in the dark auditorium.

In a big gala She She Pop, along with their longtime musicians Vicki Schmatolla, Max Knoth and Santiago Blaum, invite other comrades, lost and refound companions to join them on stage and on the dance floor. But above all they invite their spectators to join them in a dance. Champagne will be drunk from shoes and euphoric anthems will be sung. Get ready! Put on your shaggy wig, woman, if you don't I ain't comin' back! Oh, shame, shame, shame, sha-ay-ame, shame on you! If you can't dance, too!

By and with: She She Pop, and numerous guests

Funded by: Hauptstadtkulturfonds. Funding for presentations of existing work by: The Senate Department for Culture and Europe.