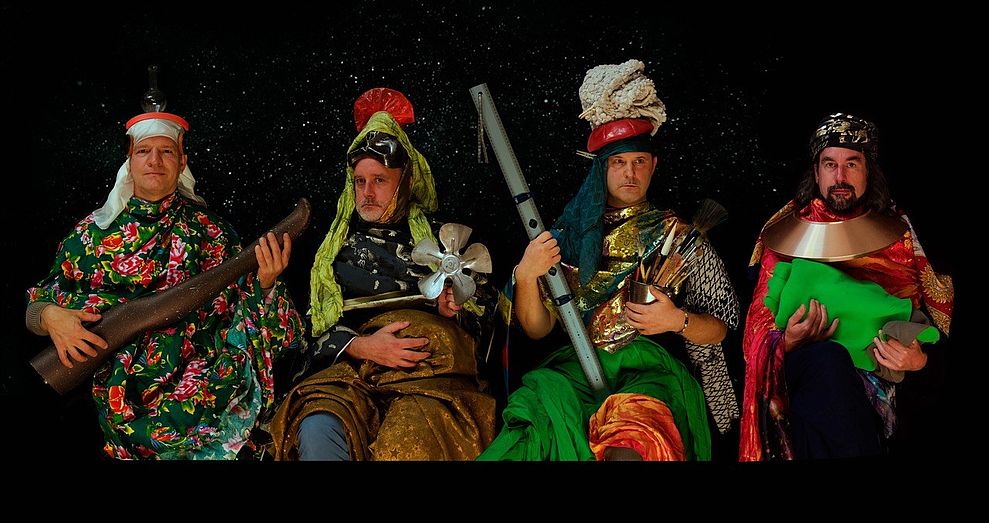 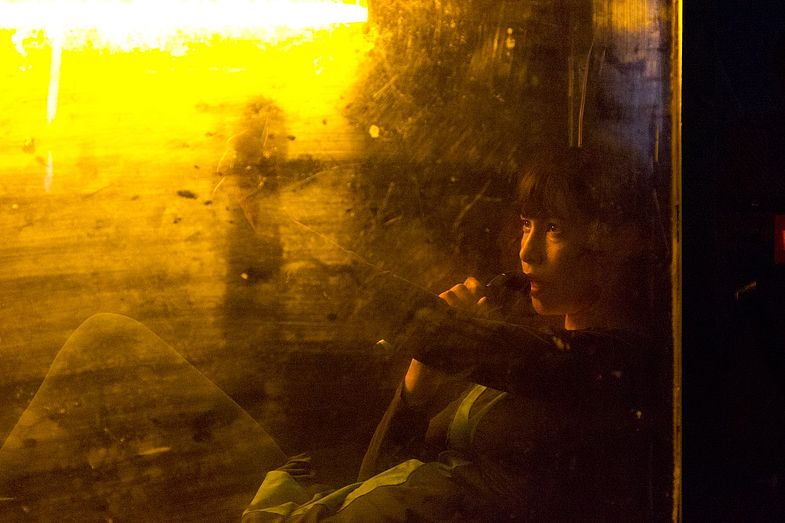 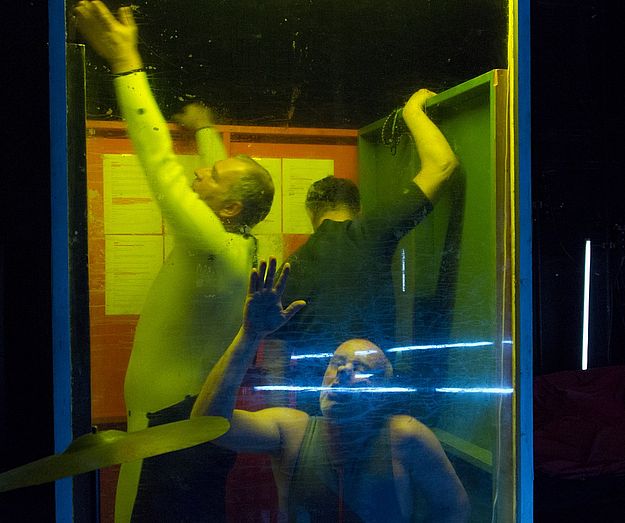 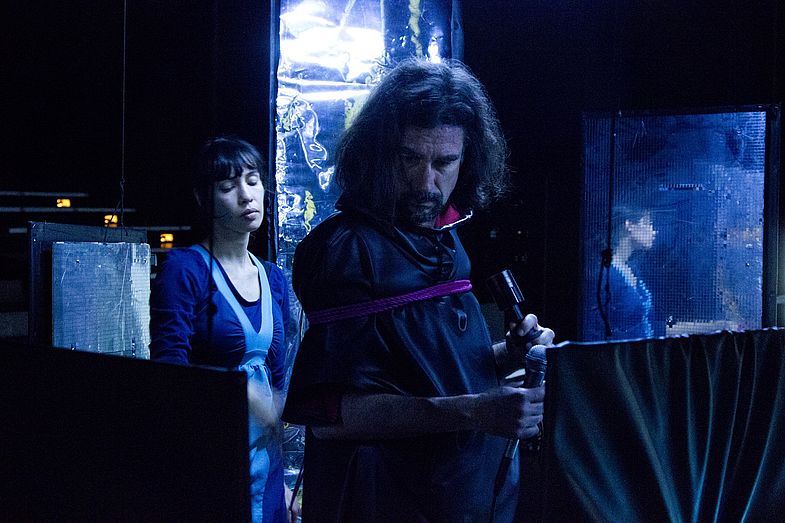 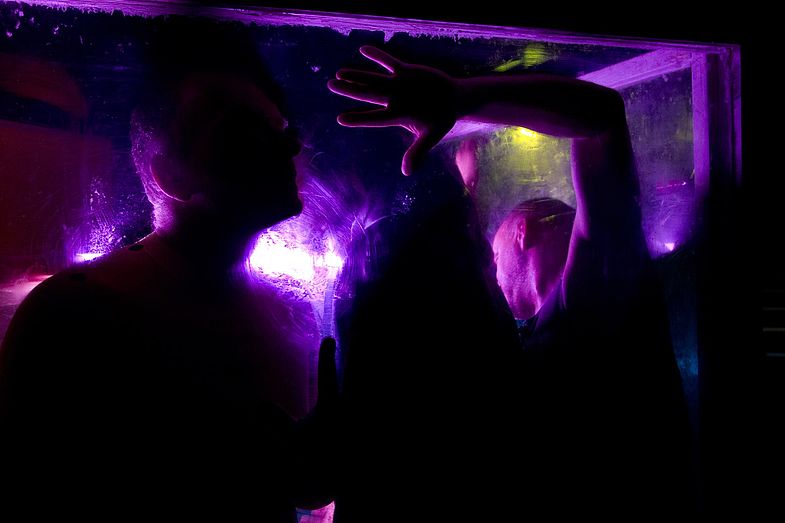 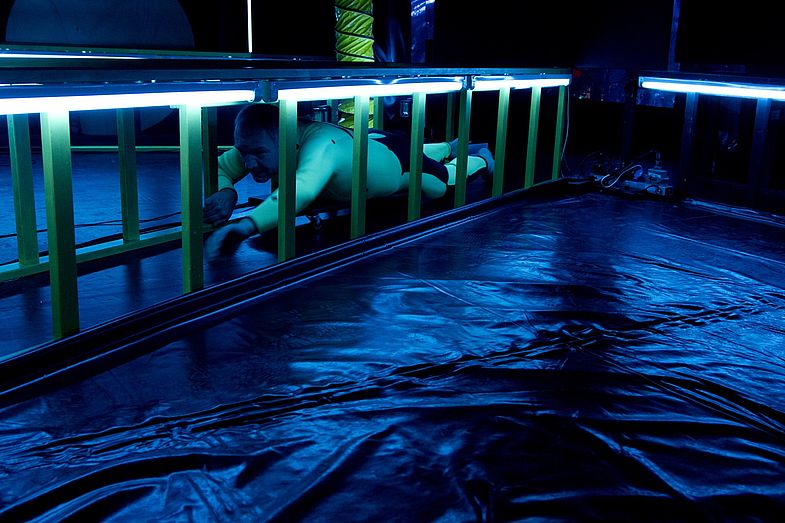 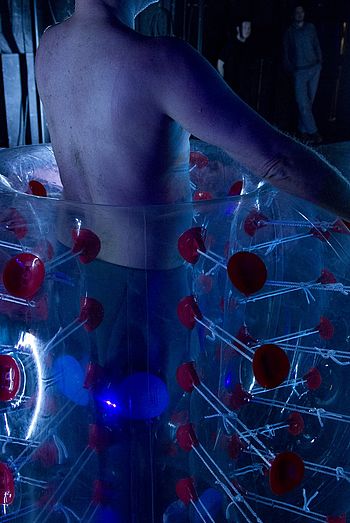 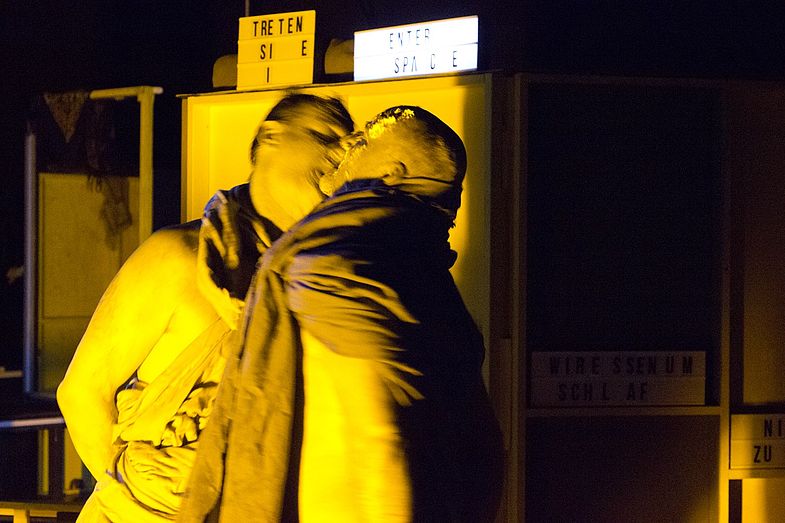 Laser pointers write “Game Over” in the sky. The performers of Showcase Beat Le Mot do not want to waste any electricity on apocalyptic resignation but instead to expand the frame of discourse to include outer space. That’s why in their new performance they’re sending danced messages and mumbled formulas into the outskirts of the universe. “True, beautiful and good were sought, skewed, quirky and helpful were found.” The antennas for the extra-terrestrial messages are switched from receiving to sending. This is not documentary theatre about the powerlessness to act in a surging reality but an experiment that works like a utopian slingshot. The stage setting is the message, the audience the amplifier. Space acts instead of fake facts. Always alongside trouble. Welcome to the half-truth about everything.