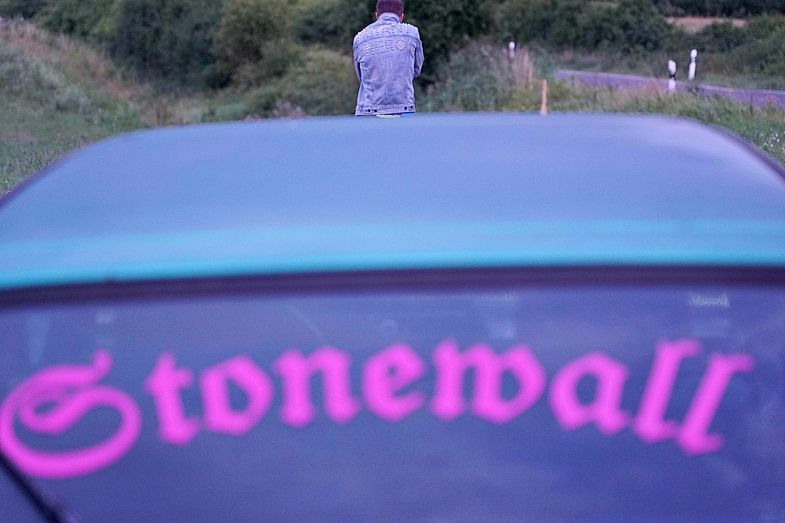 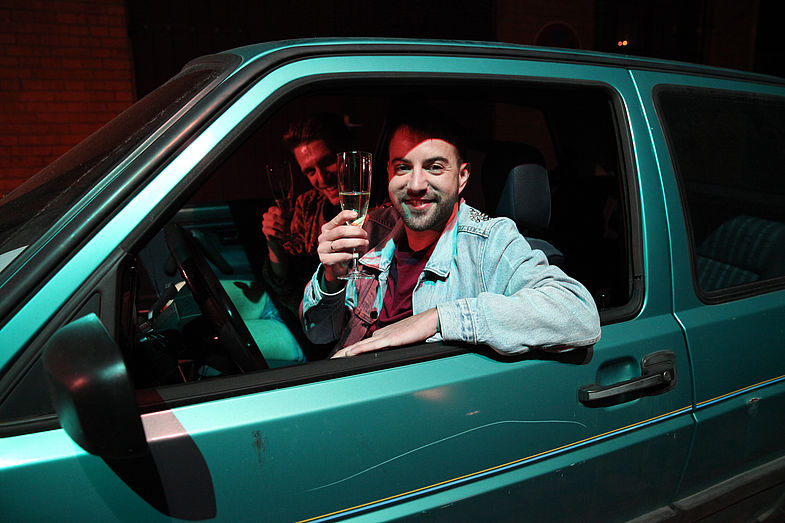 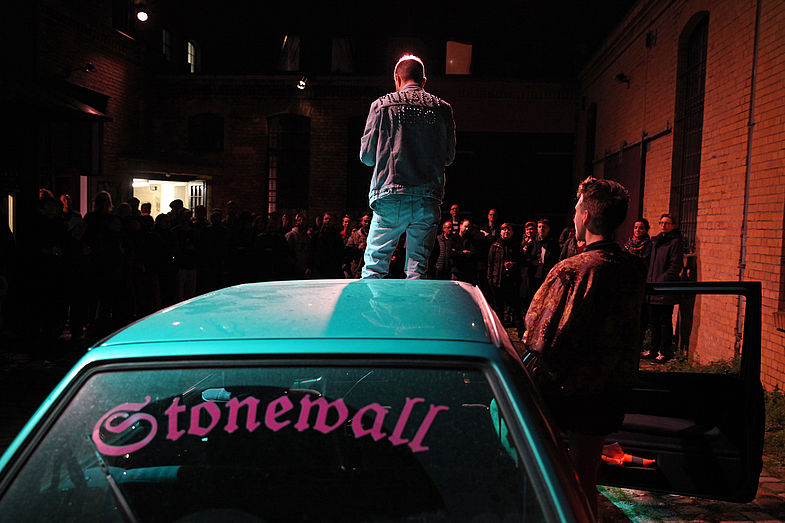 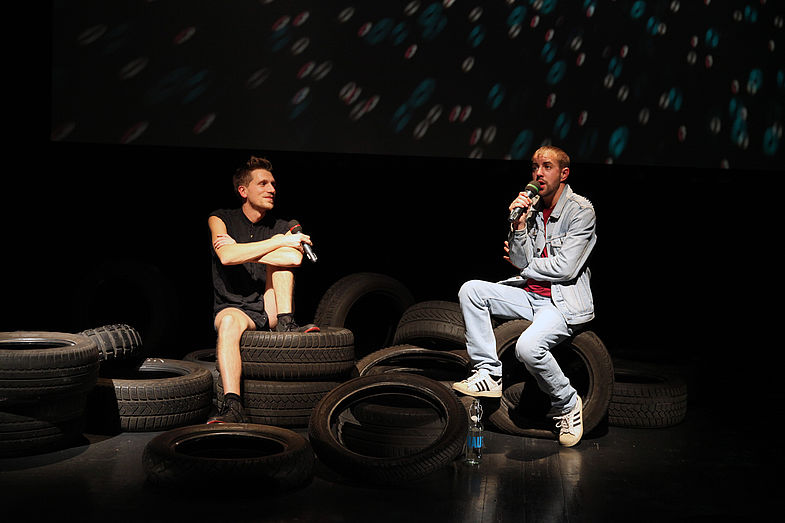 On the 50th anniversary of the Stonewall Riots Tucké Royale, Johannes Maria Schmit and Schuldenberg Films set out through the Uckermark in a motorcade packed with a queer hologram family of 60 participants. In the northeastern periphery, they looked back on and celebrated the 50th anniversary of the Stonewall Riots at a safe distance from the big city of Berlin. Two documentary cameras on board recorded the previously unexpected genre: the queer majority society in the country as a utopian moment. At the end of summer Royale and Schmit look back at the docu-fictional film material, picking up the themes that are relevant for queer life in Berlin’s surrounding area Brandenberg. With a variety of partners they discuss the pressing questions that arose from the dialogue between urban and rural, the relationship between Brandenberg and Berlin, and announce the age of the “New Normal”.