Part of “Radical Mutation: On the Ruins of Rising Suns” 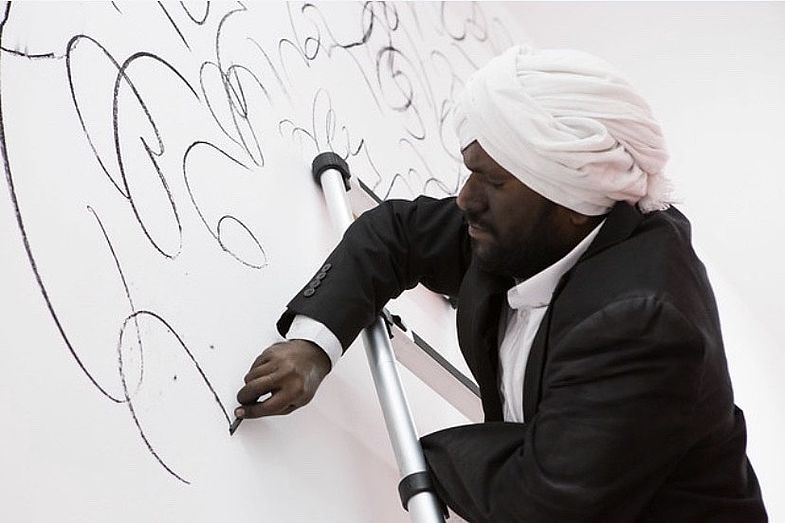 “Germans love to hear about exotic things like maharajas and slave dancers, the Indian rope trick, and magic.”

Tracing the story of the thrice produced film “Das Indische Grabmal” (1921,1938,1959, The Indian Tomb) and its second part “Der Tiger von Eschnapur” (1921,1938,1959, The Tyger of Eschnapur), Sajan Mani rediscovers Indianness as an ambiguous animal. This is his answer to the question: “Are you really Indian, we have seen Indians on T.V and they are fairer?” A trained tyger trapped in Whiteman’s fantasy is the only real Indian in these films. Forget the blackened faces of white actors who acted as Indians, as maharajas and maharanis. The tyger is the only actor. Killing the tyger is the only action. Killing diabolic animals to save the minor subjects of colonised Asia was a recurrent theme in many European narratives. While defacing the humans was the first step to enslave them, imagining animal as destroyer was a tricky move to patronise them. To make itself authentic colonial conquest started representing the Orient as exotic but impoverished, erotic but impotent. Strangely enough, visual culture despite its avowed truth value, authenticated that project. Thus, tyger in the orientalist gaze became a zoomorphic avatar of danger and destruction as best exemplified in these films. But the indigenous people of India worship tyger and the distorted figure of the animal need revisit. It is not for any blame game but for recovering an animal image lost in colonial distortion and nationalist/postcolonial symbolism. Zooësis or the intersections of animal and human as in many earlier works of Sajan Mani, turns to be super politics here.

Sajan Mani is an intersectional artist hailing from a family of rubber tappers in a remote village in the northern part of Keralam, South India. His work voices the issues of marginalized and oppressed peoples of India, via the “Black Dalit body” of the artist. His performance practice insists upon embodied presence, confronting pain, shame, fear, and power. His personal tryst with his body as a meeting point of history and present opens onto “body” as a socio-political metaphor. Several of Sajan’s performances employ the element of water to address ecological issues particularly related to the backwaters of Kerala, as well as to the common theme of migration. His recent works consider the correspondence between animals and humans, and the politics of space from the perspective of an indigenous cosmology. "Unlearning Lessons from my Father" (2018), made with the support of the Asia Art Archive, excavates the artist’s biography in relation to colonial history, botany, and material relations.