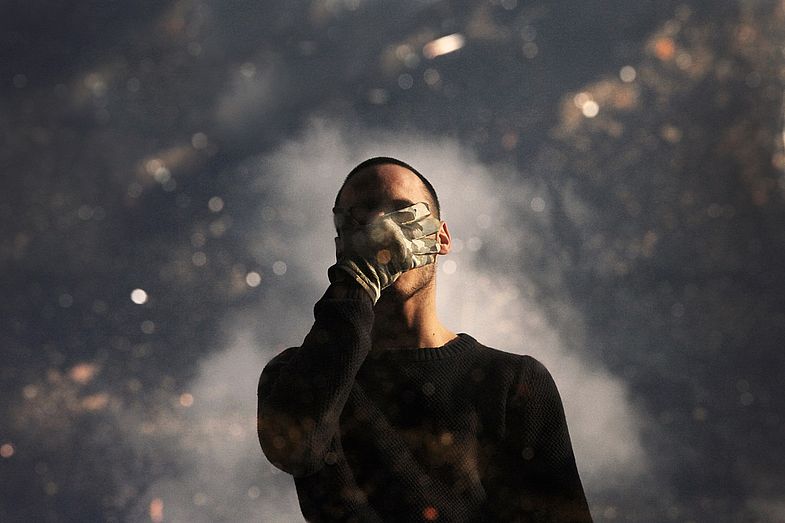 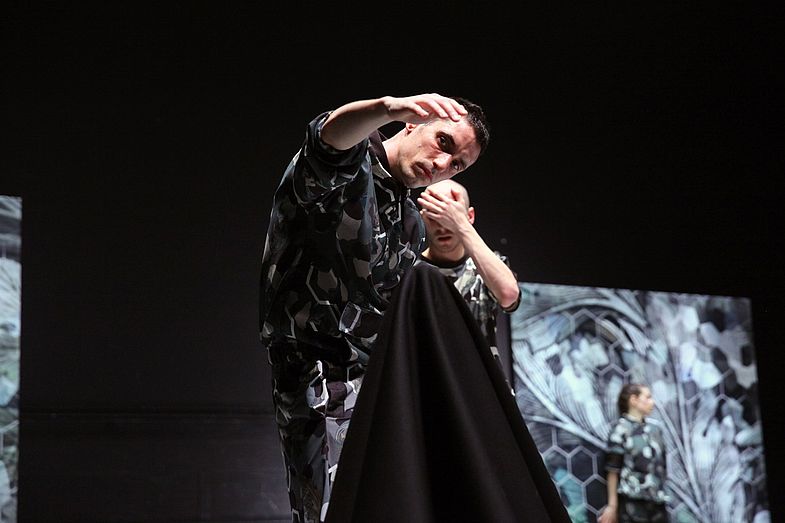 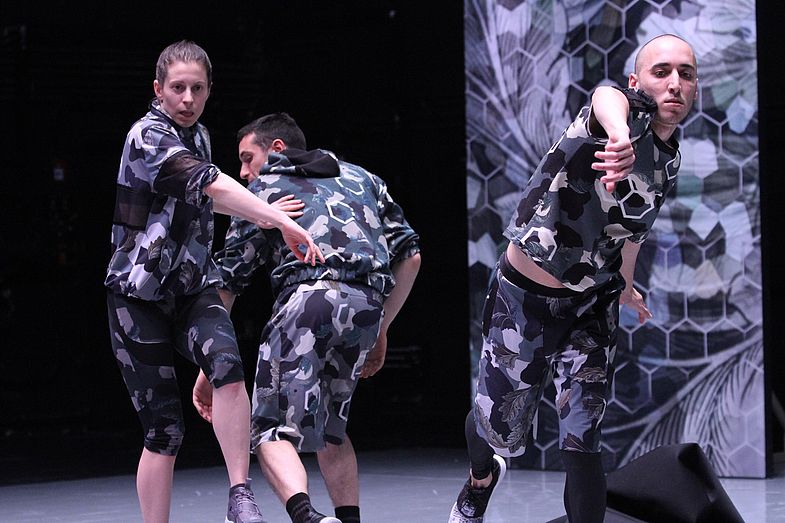 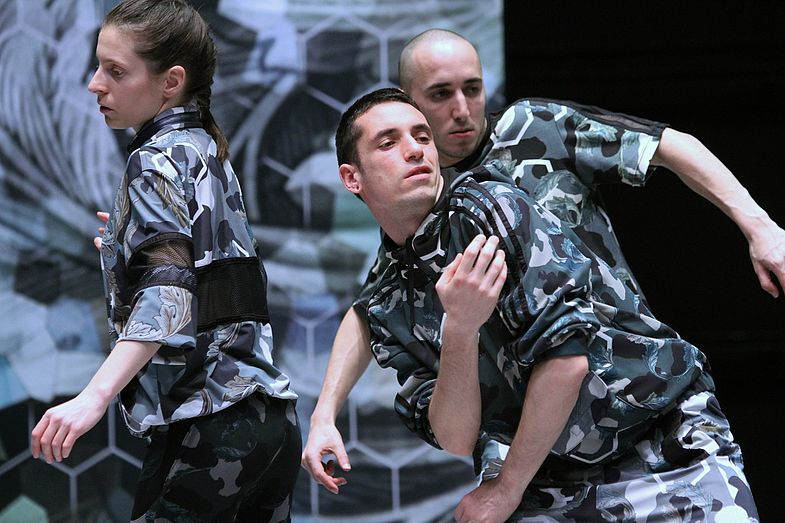 Kat Válastur’s “OILinity” is a choreographic treatise on the dependence of western societies on mineral oil. The Berlin choreographer places three dancers into an adventurous game called “OILinity,” letting them wander through a landscape animated by petroleum and full of surreal obstacles. Its core is the “spinning melancholy,” a cylindrical object that has nothing more in mind than the preservation of the revealing system. With forceful movements, special kinetic codes and black humour, the performers try to break the mechanisms of this system little by little, and to distil something new from its fuel. “OILinity” confronts the audience with a dance work that reveals both the hidden traits of humans as well as those of petroleum, finding a vocabulary of movement in which forces and speeds culminate in the crude beauty of dripping oil.