An Argument against Aboutness

“no apocalypse not now” is quite the ominous title. It almost seems like a prayer or mantra to me that references an imminent catastrophe but wishes desperately for it not to come true. Can you tell us how this title came about?
I like that it sounds like a prayer or a mantra, I guess it is some kind of a plea, an ethical orientation and a spiritual wish. But I’m not that naïve, and the simpler answer, at least about how we got to it, is way more mundane: it’s just stolen (laughs) all my pieces always take their titles from existing films—for example “The Empire Strikes Back,” “Do The Right Thing,” and my graduation piece back in the day at the school of visual theater—“Jaws”—and with this one we started by simply calling it “apocalypse now.” As my partner in developing the concept Romm Lewkowicz and I went deeper into our research on different aspects of the apocalypse we came across this text by Jacques Derrida called “No Apocalypse, Not Now”.

“There’s something refreshing in the rejection of the notion of the apocalypse.”

So this time you ‘stole’ your title from a text?!
Yes. He published it in 1984 at the height of the Cold War, as the annihilation of humanity seemed like a realistic scenario and was discussed in politics, culture, and the humanities. Throughout seven mini poetic arguments (he calls them missives/missiles), he draws a portrayal of humans at the edge of the 20th century; accelerated, anxious, racing towards a phantasmagoric accumulation that will blow up not only us but also our concepts of meaning and procedures of meaning-making. So that’s when the decision was made to change the title.

In light of this, how do you position your piece in relation to the apocalypse?
There’s something refreshing in the rejection of the notion of the apocalypse; again not as a naïve call for optimism, but first of all as sheer resistance. In eight years of living in Germany, I grew suspicious of a nihilism which seems prevalent in the arts, and to the best of my understanding stems from a dated ‘enfant terrible’ culture, mixed with the gradual acknowledgement in the failure of the liberal project; some kind of self-deprecation mixed with wild narcissism, through which the imminent destruction of the world is being celebrated; a “we fucked up this much, so we might as well, and the world doesn’t care about us anyway” attitude, which I find uninspiring. I’m done reveling in destruction and glorifying decadence, I think we have the possibility and thus the responsibility to propose a more subtle, pleasure oriented articulation. I think among many other things that’s what “no apocalypse not now” means for me. Also, I really love the ‘not now’ part—it feels like a way to keep ‘the contemporary’ at bay—at the risk of contradicting myself, I dare say that I think asking ourselves what’s right for ‘now’ or what is ‘contemporary’ is a tedious 20th-century trope which we don’t need anymore.

“I am highly interested in the dynamics of appropriation as an alternative to authenticity.”

The uncanny similarity of your title to Francis Ford Coppola’s “Apocalypse Now” (1979), as you described, is no coincidence. But is it fair to call the film an inspiration for the piece? I believe you said together with Joseph Conrad’s “Heart of Darkness” (1899) it inspired some of the themes. For example the crisis of white male identity, which is tackled in a very particular way in both these works, and for many other reasons seems somewhat ubiquitous these days. Can you give us a hint of how you and your team are going to tackle this crisis more concretely in the piece? And maybe more generally which parts of the material struck a chord with you?
Both “Heart of Darkness” and “Apocalypse Now” are indeed sources of inspiration for the work. Generally, I love dealing with how narratives reincarnate through culture at different moments and I am highly interested in the dynamics of appropriation as an alternative to authenticity. But more specifically, these two pieces are interesting exactly because, as you mention, they describe not only a crisis of white male identity but a total collapse of that subject position as a result of being confronted with the colonial order. As soon as the western subject has to deal with the physical reality of the colony, when he faces what the other side of his domination looks like, he can’t take it and his world falls apart—hence the apocalypse links the destruction of personhood with a moral awakening or a shift, indeed a revelation, in worldview. For the first time, the subject acknowledges his unavoidable entanglement with the world, and at the same time experiences how this new entangled self is losing its grip on the world as he knew it. Of course both narratives are still focusing on the white perspective, so I’d like to think that in a way we’re proposing a continuation and a critique of what they were trying to do. Conrad was a fierce critic of European colonialism in Africa and Coppola orchestrated an epic anti-Vietnam War film, and at the same time they were (white) men of their time, in various ways perpetuating with their practice the very structures they’re seeking to criticize. In relation to the discourse you’re referring to in your question, I understand my job not as a crusade to ‘call them out,’ a fashionable practice nowadays, but to address and disrupt the space/time coordinates that western artistic narratives have rendered universal. So the ‘critique’ or analysis of that subject position is really a struggle against ‘aboutness,’ essentialist logics, and representationalist identity politics. Ultimately, it’s an unromantic invitation to reevaluate humaneness and humanism. So that’s a way of understanding how we will address this issue in the piece: we are striving towards a sci-fi speculation that doesn’t focus on obliterating certain bodies but dismantles the oppressive logic of identity altogether, believing that there’s a lot to achieve by leaving its constructs behind. 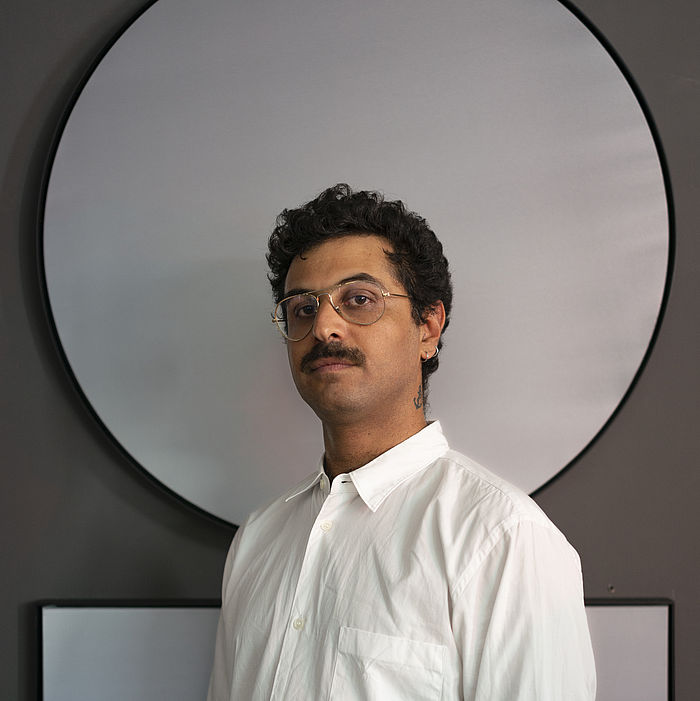 no apocalypse not now