My name is Jonas Staal, I’m an artist, and tonight, together with lawyer Jan Fermon, and witnesses Paul Goodwin, Maria Ines Plaza Lazo and Inke Arns, we would have presented “Collectivize Facebook: A Pre-Trial” at the HAU theater in Berlin. Due to the coronavirus pandemic, we have of course cancelled this gathering – although we hope, in the near future, we will be able to gather with you as planned, as digital means cannot substitute the importance of bodily assembly and intimate collective work.

For now, we send our thoughts to all those affected by the virus. To the care-workers that are at the frontline of this pandemic. And to those confronted with the virus in the most vulnerable circumstances – due to pre-existing conditions, or because measures like “social distancing” and regular handwashing are simply impossible to live up to for the vast parts of the world where running water and soap are luxuries.

This is a moment not only to support one another, but to turn this crisis into a moment of transformation.

This reminds us of the fact that this crisis is not merely caused by a virus, but that it is a crisis fueled by structural inequalities. The precariat will suffer disproportionately and will be asked, as always, to fund the bailout of private industries. This is a moment not only to support one another, but to turn this crisis into a moment of transformation. Our aim should not be to return to “business as usual,” as it the business as usual of global capitalism and growing authoritarianism that fuels this crisis in the first place. Now is the time to organize and to collectivize.

It is in that light, that we decided to still launch the “Collectivize Facebook” campaign tonight in the form of this short video introduction and a website. As millions of people are in self-quarantine, our dependency on corporate social media networks grows even further. Many of you will have been confronted these past weeks with the circulation of misinformation through these networks with regards to fake coronavirus treatments and bogus safety measures – disinformation circulated through Whatsapp in particular, which is owned by Facebook. Or, on the other hand, you might have noticed the removal by Facebook of information on the coronavirus that is actually accurate. All the more reason to challenge this corporation’s current form of ownership.

“Collectivize Facebook” is a collective action lawsuit that Jan Fermon and I have been working on this past year, and that we aim to submit to the UN Council of Human Rights in Geneva, demanding the collectivization of Facebook. Our argument is that the complete absence of democratic oversight of Facebook fundamentally threatens the right to self-determination of peoples and individuals, and that as a result the 2.5 billion active users of Facebook should become its owners. So, for us, collectivization does not mean nationalization. Rather, we aim to transform Facebook into a transnational cooperative, in which members own and collectively govern the platform. Only shared ownership can socialize social media.

At present, Facebook infringes upon the right to self-determination of peoples and individuals in various ways. The corporation instrumentalizes users as neo-feudal data workers, selling our information to third parties. Facebook is used in various surveillance capacities that undermine our privacy and impacts democratic elections in disproportionate ways, of which data capture and targeted campaigns by Cambridge Analytica are a recent example. And the corporation has willfully advised authoritarian regimes such as that of Duterte in the Philippines.

Our challenge in this pandemic is to collectivize.

You might ask, how such a decision by the UN Council of Human Rights would be even achievable. But as recently as the 2008 financial crisis, various banks were nationalized, just as the Spanish government just a week ago nationalized private healthcare infrastructures in the context of the corona pandemic. Our challenge in this pandemic is to collectivize, and never again allow criminal elites to take control over our common infrastructures ever again.

Due to the coronavirus crisis, private corporations are already standing in line for trillions of handouts. Big pharma and the securitization complex see this crisis as nothing but another resource to make profits. Now is the time to not just nationalize them, but to cooperatize them. And as we’re at it, let’s not forget about the trillion-dollar companies driving our increasingly precarized existences, all of which we subsidize through massive tax cuts and public infrastructures. Collectivize Amazon. Collectivize Apple. Collectivize Alphabet. This crisis is neither the moment to support private industry, nor to expand the powers of the nation-state: this is the moment to claim new cooperative forms of ownership to enable a habitable world for all of us.

This text was published on March 26. 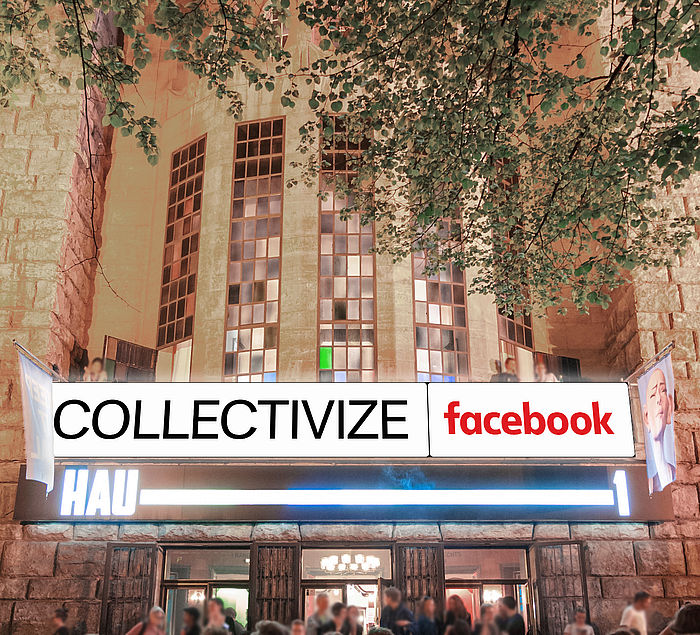