Public against our will?

The caring gaze of Leviathan, the “pink files” from 1980s Poland, and the issue of privacy. By Ewa Majewska

“Privacy is the Oz of America” Lauren Berlant, “The subject of true feeling”

The image of the public sphere reproduced in liberal media and political theory, academia and to some extent also in art most often suggests that becoming public is not only harmless, but should also be seen as highly rewarding (*2). From the perspective of those who are excluded, oppressed and marginalized, the public sphere is not merely a blissful confrontation with common matters, but is also a zone of privilege, in which those who are allowed to enter it enjoy the possibility of expressing their political interests and sharing their political concerns, while the excluded are exposed in a variety of ways, from a forced publicity to segregation, marginalization, and discrimination (*3). The gay population of the People’s Republic of Poland enjoyed almost complete invisibility, with the exception of some key cultural figures in the 1950s and 1960s, who were investigated by the secret services. This changed with the sudden decision of the Headquarters of the Polish police (MO) in Warsaw to examine the population of homosexual men in the fall of 1985, in a nation-wide action called “Hiacynt”,which was repeated in 1986 and 1987. (*4)

“From the perspective of those who are excluded, oppressed and marginalized, the public sphere is not merely a blissful confrontation with common matters, but is also a zone of privilege.”

In this text I will give a brief account of the “Hiacynt” operations, based on my archival research at the state archives of the IPN (Institute of National Remembrance), conducted in April and June of 2015. This account is embedded in a wider investigation concerning the issue of queering the archives – which I understand as not only a production of grassroots archives of sexual minorities, but also as a transformative critique of the modus operandi of the existing state archives. In doing so, I critically address the issue of the archive, in the form shaped by the Foucauldian “critique of the repression hypothesis”.

“Hiacynt” is the name of 3 police and secret services operations in Poland, lasting approximately 48 hours each, conducted in 1985, 1986 and 1987. It is important to remember, that the archives of the Polish police and almost 90% of the secret services were destroyed, differently from, for example, their equivalents in the Czech Republic or East Germany, which were mostly preserved. At the time the Polish state was composed of 49 regions. The IPN archives provided me with information on only 9 of them.

The data from the IPN archive addressing the “Hiacynt” operations should not be seen as the sole source of information on these events. According to gay activists, some 3000 people were taken to the police stations and questioned on November 15, 1985 alone. Witnesses claim that some 11.000 men were investigated (*5). The main objectives of the “Hiacynt” operations, as defined in the documents issued by the headquarters of the police in Warsaw, were: to investigate homosexual circles, to register homosexual prostitutes, to establish knowledge about possible AIDS cases and to learn more about these young men, including those who apparently became homosexuals while fleeing the country, etc. The initial document starting the “Hiacynt” operation of 1986 specified that the operations initiated in it should not concern individuals already under supervision by the Secret Services, which most certainly means the political opposition. It actually seems that there was a genuine concern about “AIDS” and the unsolved criminal cases within the police forces of the time, but also a desire to control the “unknown” population of gay men.

“Gay activists remember violence, arrests and threats, yet the state did not condemn its past actions.”

On October 14, 1985 a “Framework of the Nationwide Operation  <Hiacynt>” had been issued by the headquarters of Polish police in Warsaw and signed by its vice-chief, general Zenon Trzcinski. In this framework we find a general description of the aims, strategies, tactics, etc. of an action that was planned to begin at 8.00am on Nov. 15, 1985 and should be terminated at 12.00 midnight on Nov. 16, 1985. Clearly the logic of the supposedly communist Leviathan is a “caring” one. The first reason given to legitimize the action is the lack of success in solving murder cases in which the victims were homosexual. The state does therefor not prohibit homosexual acts, but provides guidance and care. In line with Foucault’s somehow ironic narrative from The Society must be Defended, the Polish state’s agents also tried to “care” for their citizens, to protect them in classically “pastoral” ways (*6).

Interestingly, some form of resistance can be found also in the police files. In a small town called Police and three other small towns near Szczecin, the police refused to conduct the “Hiacynt” operation, because – as they wrote in their notes, “no homosexual milieu was detected in our region” (*7). This might simply mean laziness or insubordination, but perhaps it was more than that – a sudden act of refusal based on decency? The chief of police in Szczecin demanded to register all gay men in Szczecin, which led to a list of 450 men in 1985 and 550 in the consecutive years. Such registration of gay men was not mentioned as a necessary task in the documents issued by the Warsaw General Police Headquarters. In Białystok, on the other hand, it seems that the police re-opened the files of unsolved crimes against homosexual men and actually performed some police work. There is no mention of any “registering” of gay men in that region, however we must remember that the IPN files are generally incomplete (*8).

Privacy became a vital element of the popular image of a “good life”, and as such, it is obviously and nostalgically drawn from a highly improbable and definitely inaccessible idyllic “past”. We are somehow “nostalgic” about privacy and do fantasize about it without acknowledging its always already interrelated character, depending on the context, including our own embodiment, historical and cultural conditions as well as the economy. The Polish state often employs the caring logic of protecting our privacy, neglecting the fact that society should be allowed to investigate the clear cases of the state’s abuses of power. Gay activists remember violence, arrests and threats, yet the state did not condemn its past actions. It is thus an element of “archivist justice” and research ethics to demand recognition for those targeted in actions such as “Hiacynt” as well as to pressure state institutions to assume their responsibility for them. 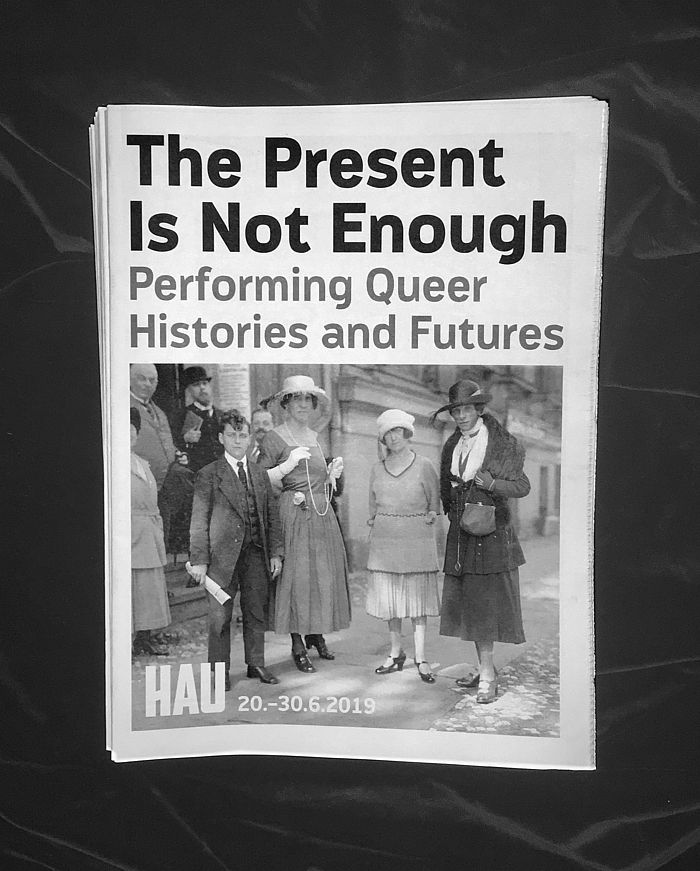 It's part of a larger discussion concerning resistance against the constantly changing apparatuses of sovereign power, recently acquiring surprisingly “caring” and “maternal” aspects, as opposed to the pater familias figure of the Roman law and pre-modern times (*9). While the caring aspects of state power have been analyzed at length since Foucault and his theory of bio-power, we still need a revision of the archive practice from a feminist and queer perspective. This is an abbreviated version of a long article published in Queer Studies Journal Interalia in 2017.