The new work “Reflection” will premiere at HAU at the end of May. The choreographer, who received an award at the “Deutscher Tanzpreis” 2019 for outstanding artistic developments in contemporary dance, completes her trilogy about collective bodies with this piece. In the interview she speaks about her research on movements and the stages at HAU1 and HAU2.

“Reflection” is the final part of a trilogy about collective bodies that began in 2014 with “Collective Jumps” and continued in 2016 with “Pieces and Elements”. The word ‘reflection’ contains both physical and philosophical connotations. What does it mean for you, and how does your new piece differ from its predecessors?

“Reflection”is both a mirror and critical observation of realities and their respective perception. The reflection of movement plays an important role here, but also the point of view and perspective from which something is viewed. The term ‘reflection’ means many things: mirror image, self-examination, contemplation, reverberation, likeness, consideration and also retrospection – with my new group piece I look back in a certain way to the previous two works.

Central to “Collective Jumps” was the utopia of community as an (im)possible social model. We examined folk dances in terms of their order and structures. The interlinking of limbs, which functioned like individual performers, caused the appearance of a huge, endless group body. In “Pieces and Elements” an analogy with nature enabled us to organize bodies and body parts into choreographic arrangements that became a kind of cubist landscape. Here the individuality of single people was reduced to their specific physical contours, rhythms and characteristics – the audience rarely sees their faces in this piece.

In “Reflection” all the performers also appear as persons connected with the others in their own uniqueness. Everyone takes on every role in the course of the piece: that of protagonist, helper, victim or leader. A complex system of ‘taking turns’ comes about, leading to constantly changing figurations. The roles of the performers and their patterns of movement are repeated and reproduced so that the entire ‘organ’ appears to be an endless mirroring process, and every movement flows into the next, like a chain reaction.

The block-like structure of “Collective Jumps” and the landscapes of “Pieces and Elements” are replaced by a framework similar to muscle strands, within which leading involves following, and vice versa. The focus of attention has become the subjective uniqueness of moving oneself and others, of being a driving force and motor (or subject to one).

“In ‘Reflection’ all the performers also appear as persons connected with the others in their own uniqueness.”

“Collective Jumps” and “Pieces and Elements” were premiered at HAU2. With “Reflection”you’re going to HAU1, into a historical theatre building with special technical and architectural preconditions. How much did this place influence the choreography?

For me, HAU1 is like a character. It has its own presence; it’s full of stories, has its balconies and complex equipment. There’s an arch, a stage higher than the stalls, a former orchestra pit, a revolve, traps and flies. It isn’t a neutral place that disappears behind the events onstage, as is so often the case with the so-called black box. I find it fantastic, after all these years, to work in a traditional theatre. My strictly formal and abstract choreographies are challenged by the architecture and the history of this place. They can rub up against them.

During the performance we move from the space of the auditorium (which as a social meeting place is strongly influenced by history) towards the stage. We also interact with the apparatus, the stage machinery of HAU1, for example with the revolve. As soon as its motor gets going it releases a force that (along with gravity) acts on the biomechanics of the human body’s movements. At other moments it’s the mobile flies, curtains and so on that determine the events. So the stage hands have a great deal to do and are part of our choreography and processes …

“I’m fascinated by the ‘natural movement’, by its simplicity and by its beauty, sensuousness and complexity.”

The strong visual power of your work is based on continual movement research from embryology and somatic techniques like Body-Mind Centering and shiatsu. In “Reflection”you include elements from aikido. What is your relationship to this Japanese martial art, and how do you incorporate it into your choreographic practice?

The key to my research lies in the continuity of my own learning. I’m always learning, experiencing something new. Actually, my constant concern is with understanding ‘natural movement’. I’m fascinated by it, by its simplicity and – if it’s coherent – by its beauty, sensuousness and complexity. Up to five years ago I mostly nourished this fascination with BMC. In this ‘experiential embryology’ I was impressed by how the development of the human body as a biological process was connected with the exterior, that is, the visible form; how it predetermines directions of movement. This is like a choreographic process.

Shiatsu has very much to do with the connection between the self and others, and with how you can allow your own action to be guided by a counterpart. Aikido emphasises the understanding of one’s own movement in relation to gravity: how can forces be directed and reach an opponent? How can they influence one another effectively and become a free energetic flow, a unity with a partner? In principle all these practices share one thing: the idea of doing away with the inner/outer dualism through a physical practice, so as to understand inner/outer as a unity.

I see my artistic movement practice as a layering of experiences. So I wouldn’t really talk about different approaches, but rather about a continual development, a path – called ‘do’ in Japanese. I share this path with others, with the performers, some of whom have come a long way with me already. As far as aikido is concerned, in Gerhard Walter I was lucky enough to find a master who is certainly one of my most important teachers. In his daily training the emphasis isn’t so much on the technique of aikido as on the natural movement on which the shifting of weight is based. Being in harmony with gravity, finding a light, filigree balance with which to overcome gravity, exploring the shifting of weight and continually taking every movement back to the one constant basic principle – that’s the art we practice in the dojo, and it’s fascinating. Every technique is consistently taken back to the basic principle of the weight shift. One leads to ten thousand (techniques). The daily practice of these principles is what fascinates me, and what I pass on and then give a choreographic form of its own. 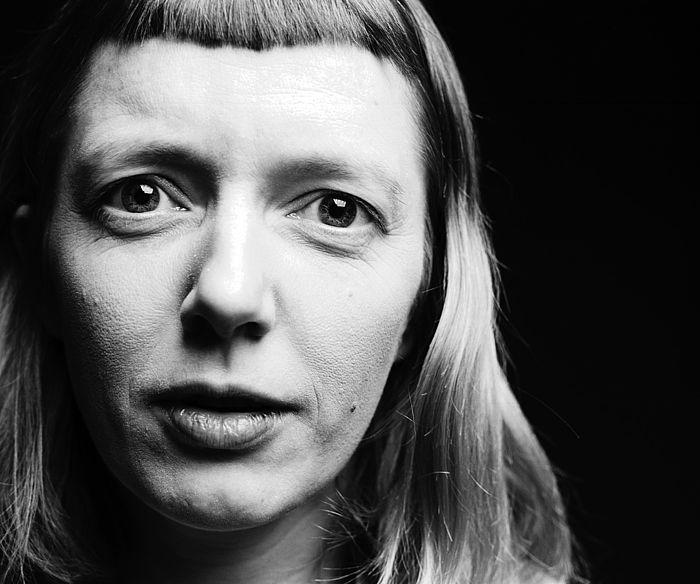