Too little, too late: The current ecological catastrophes are just as real as they are no longer stoppable. How do we deal with being too late to reverse them? What would it mean to think from the end and deal with the catastrophe responsibly? And what exactly is ending: the world, humankind, the variety of species or the belief in our current way of life?

Welcome to the first edition of “Burning Futures: On Ecologies of Existence” – the podcast. The new discussion series at HAU Hebbel am Ufer looks at the escalating and indeed apocalyptic discourses of the coming end against the background of a growing ecological crisis and asks about opportunities for action. It is initiated and conceived by HAU´s curator for Discourse, Margarita Tsomou, and curated in cooperation with the theorist and dramaturg Maximillian Haas.

With the new discussion series, we aim to take an intersectional perspective on ecological questions. The topic of the first event which took place at HAU1 on 4 November is “Facing Extinction“. The guests were:

Franco Berardi Bifo, philosopher, critic of capitalism and theorist of the Italian Postoperaismo,
Marcela Vecchione, professor at the Institute for Advanced Amazonian Studies, which is situated in the middle of the Amazon forest in Brazil
and Antonia Majaca, feminist theorist working at IZK – Institute for Contemporary Art, Graz University of Technology.

The discussion was moderated by Margarita Tsomou.
Podcast Production: Fritz Schlüter. Speaker: Orlando de Boeyken. Jingle: Sonja Deffner.
“Burning Futures” is an event series by HAU Hebbel am Ufer. Supported within the framework of the Alliance of International Production Houses by the Federal Government Commissioner for Culture and the Media. With kind support by Heinrich-Böll-Stiftung. Initiated by Margarita Tsomou (HAU Hebbel am Ufer) and curated by Maximilian Haas. 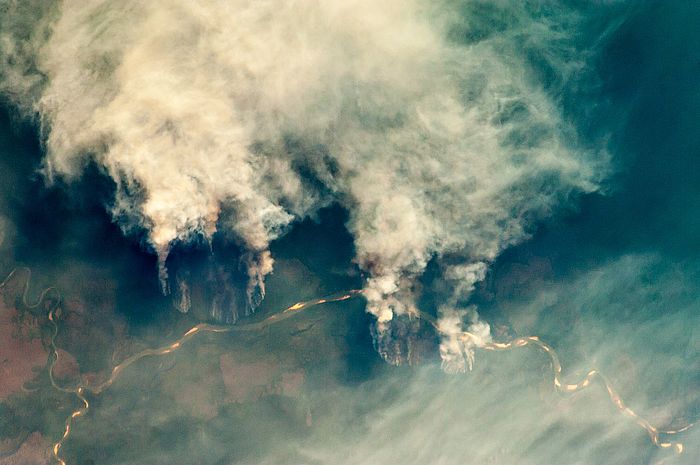