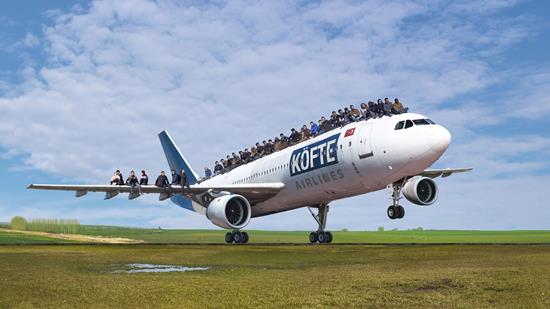 Halil Altındere, born 1971 in Mardin (Turkey), is an artist, curator, and publisher who lives in Istanbul. He substantially contributed to the cultural emergence of Turkey during the 1990s. His artistic practice spans video, sculpture, and installation as well as photography and performance, and deals with complexes such as migration, identity and gender. Altındere takes up ordinary political questions in his work, articulating the role of artists as critics of social circumstances. His solo exhibitions at TANAS (Berlin, 2009+2012) have included such works as “Who Shot the Artist?”, “Nurse” or “Wonderland”. Other works have been shown at the São Paulo Biennale, the Istanbul Biennale, the Centinje Biennale, documenta 12 (Kassel), Manifesta 4 (Frankfurt am Main) and at MoMA PS1 (New York), at the Akademie der Künste (Berlin) and at the Centre Georges Pompidou (Paris). His work “Köfte Airlines” was created for the festival “The Aesthetics of Resistsance” at HAU Hebbel am Ufer.