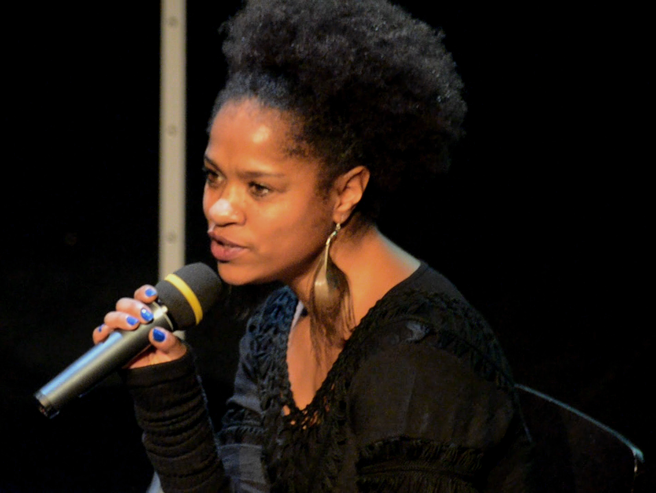 Natasha A. Kelly holds a doctorate in communications studies and sociology, and specialises in (post) colonialism and feminism. Born in London and raised in Germany, she regards herself as an “academic activist”, always combining theory and practice. She expresses this both in and through the arts. In addition, she has taught at numerous private and public institutions in German and Austria and has been active in the black community for many years. Her latest publications include “Sisters and Souls”, an anthology in honour of the Afro-German poet May Ayim (Orlanda 2015) and “Afrokultur. der raum zwischen gestern und morgen” (2016), her doctoral thesis, which is available from Unrast Publishers. Kelly has already appeared at HAU Hebbel am Ufer when she and a variety of artists presented a programme in honour of May Ayim in 2015.