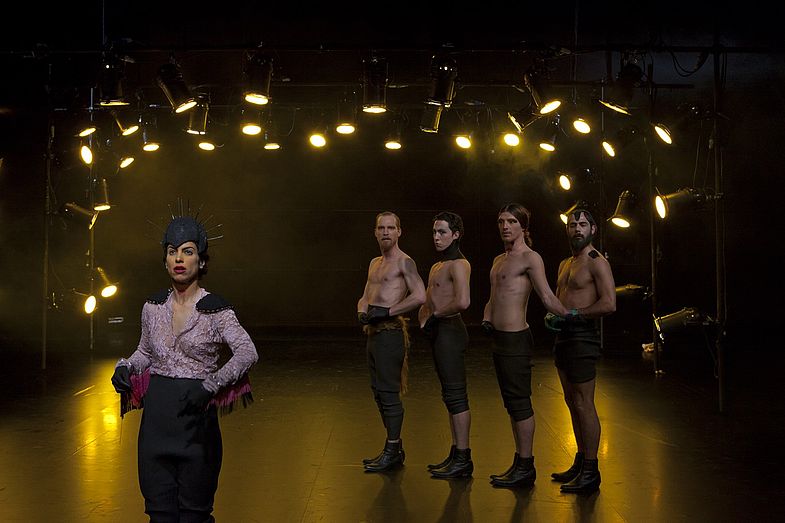 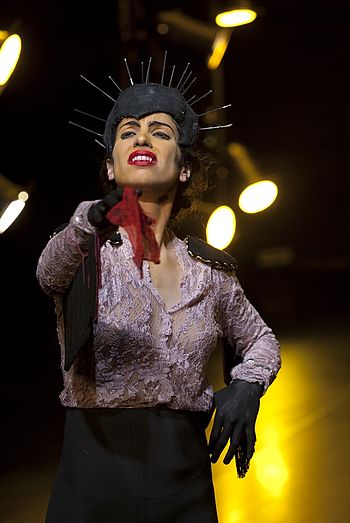 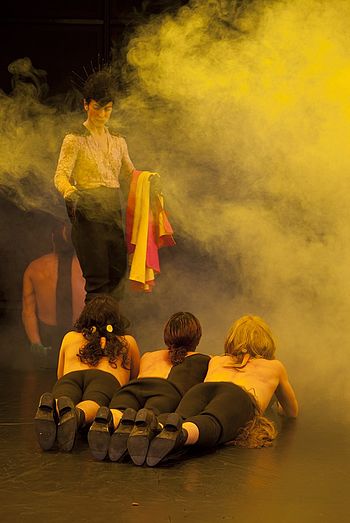 Performance cancelled
For health reasons, Marlene Monteiro Freitas cannot show her performance "Paraiso – colecção privada" in the festival "Männlich Weiß Hetero" on April 29 and 30 at HAU Hebbel am Ufer. The performances are cancelled without replacement. Tickets purchased already can be returned or exchanged at the HAU box office. Marlene Monteiro Freitas will be back in October with a new work at HAU Hebbel am Ufer.

After electrifying the audience of Tanz im August 2012 with her presence in “(M)imosa,” Marlene Monteiro Freitas now attacks the myth of creation and opens the gates to paradise where it is forbidden to forbid. A flamboyant maestro in a torero costume rules with an iron hand over a quartet of crazed creatures, hybrids full of longing and desire.
Trailer (via youtube)