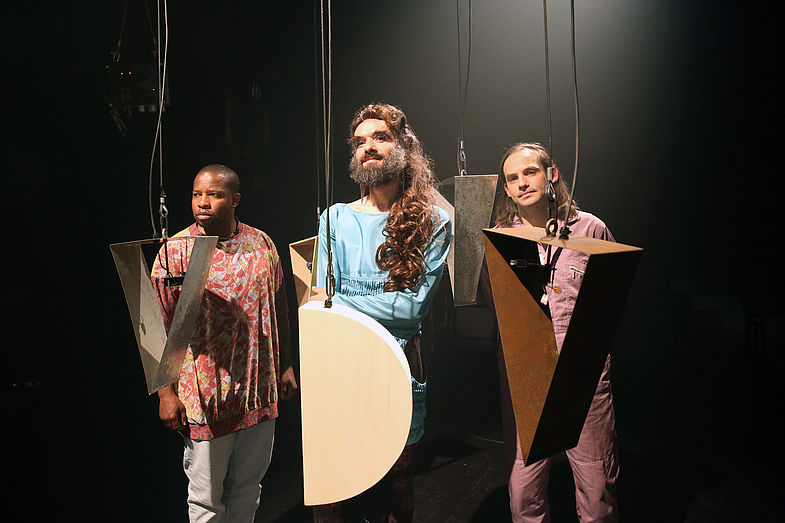 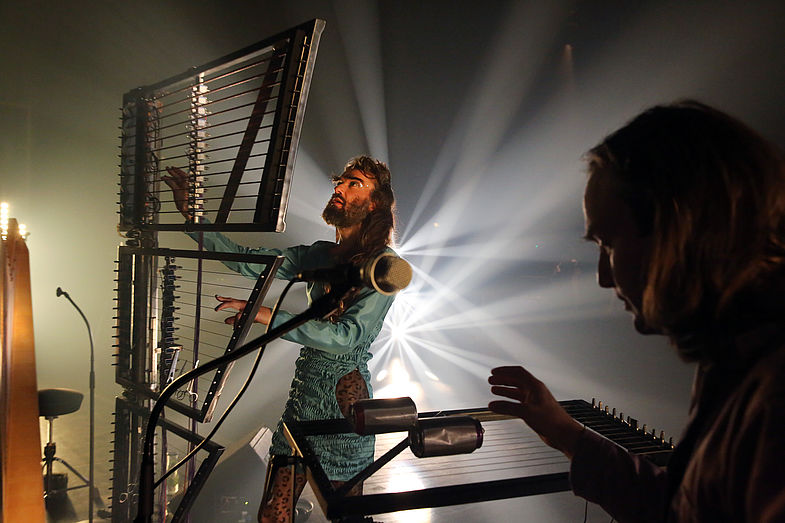 It’s been more than seven years since Hans Unstern’s last album release, someone who has always claimed not to be one person but many. The last Unstern album was titled “The Great Hans Unstern Swindle” and dealt with show business in true punk rock spirit – the delusion of authenticity and the human desire for lies that are larger than life.

Some fans were confused at first, as on their debut album “Kratz Dich Raus” from 2010 and at fantastically staged live shows, Unstern had sent audiences on dreamlike journeys and created a surreal pop hit with “Paris”.

Following this great swindle, Hans Unstern took more than seven years to build their third album “DIVEN” together with Simon Bauer. That’s right, not composing or writing straight away, but actually building it first. Constructing it. Sawing, screwing, tinkering, fusing, grinding, soldering and clamping. For this album, the two have built a custom electroacoustic harp: the V-harp. Named after the V in the middle of “DIVEN”.

Surrounding the harp are other self-made instruments and gadgets made of metal and wood, some of which are played with a bow or controlled via MIDI interface. Mini computer-controlled hammers strike metal sheets, magnets cause harp strings to vibrate, and together they play new Unstern songs.

In an age where engineers can emulate and imitate every sound with the help of software, Unstern and Bauer have gone in a new artistic direction. They have taken an over 5000 year old instrument and transformed it for the present day – through meticulous construction. And still, “DIVEN” sounds way ahead of its time.