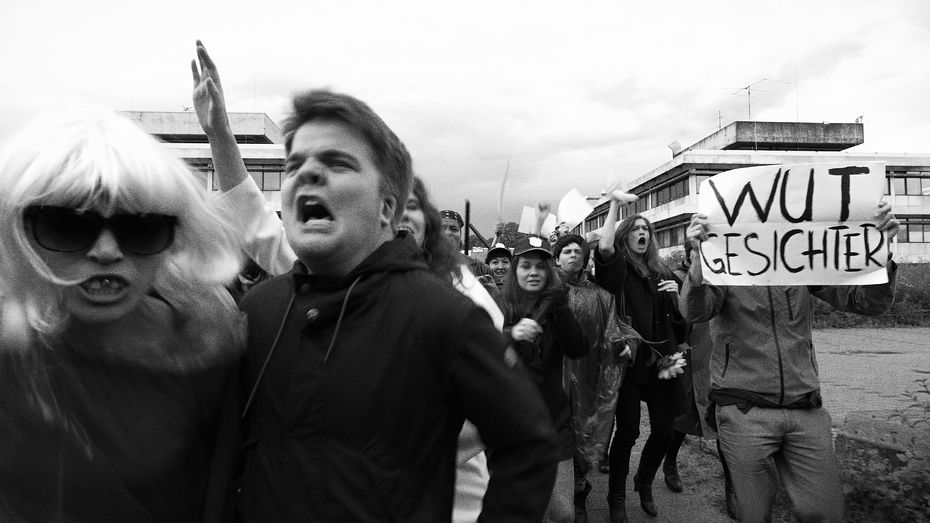 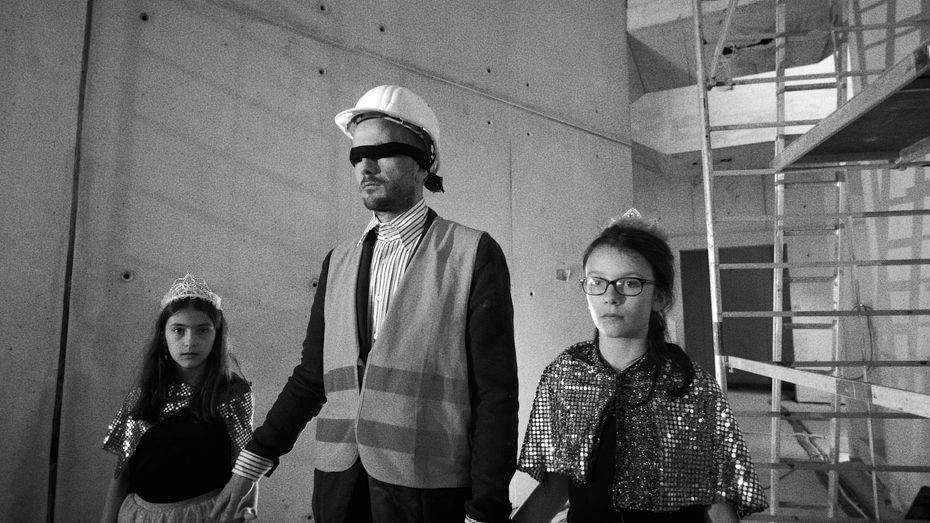 It is the year 2071: The nation is on the verge of social and economic collapse, revolutions come and go like summer storms. Aliens are first given a friendly welcome, then processed into sausages. Child-rearing until working age is conducted in Greek colonies and emotions have been replaced with emojis: the epic retro science fiction film “Germany Year 2071” portrays a dark and at the same time quirkily comic picture of a new, old, utopian, dystopian, nostalgic, futuristic city which is clearly reminiscent of Federal West Germany in the years after the Second World War. It was filmed with many local participants during the Impulse Theater Festival 2016 against the modernistic background of Cologne and in a series of building sites in Berlin. With its unmistakable blend of a delight in theatrical play, conceptual rigor and skillful handling of modernist artistic strategies, Nature Theatre of Oklahoma has consistently searched for new opportunities to form a community with their audiences. After many years of successful touring to theater festivals around the world, several prizes and whole load of praise, Kelly Copper and Pavel Liska now use the camera as a tool to include their audience: all the parts – ranging from the leads who were cast in advance to the silent extras filling crowd scenes – were cast with amateur performers from Cologne and Berlin. Everyone who came to the numerous public film shoots became part of the film, part of the theater. The city was turned into a film studio, live filming into a performance and the theatre extended into the infinite.

From 15.-18.11. HAU also presents “Pursuit of Happiness” by Nature Theater of Oklahoma  and EnKnapGroup.