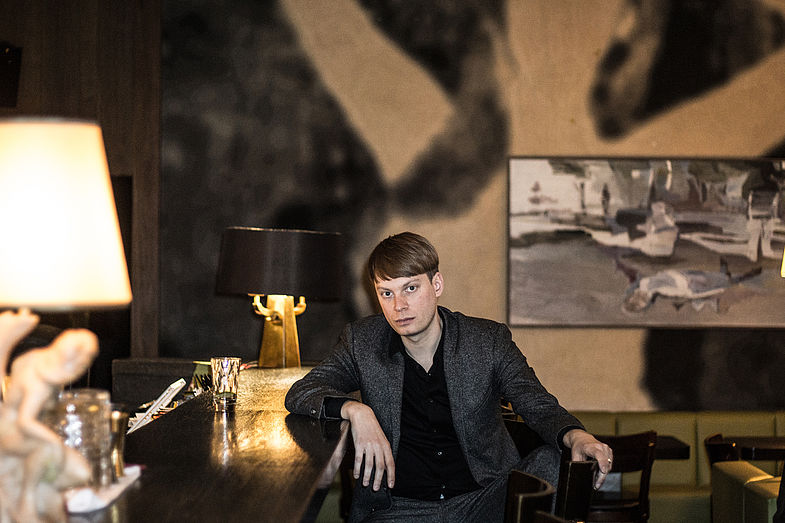 In March Thomas Meinecke’s musical choices at Plattenspieler meet those of Hendrik Otremba. The writer, visual artist and singer for the band Messer, who grew up in the Ruhrgebiet, sporadically writes about music. His paintings have been used as album covers and have been seen in a variety of magazines and exhibitions. He lives and works in Berlin. In August 2019 Otremba published his second novel “Kachelbads Erbe,” and in February the new Messer album “No Future Days” is being released.