When we talk about feminism in Germany, the Black perspective and all its achievements are often left out of the conversation, says author, curator, and filmmaker Natasha A. Kelly. That is why her book “Schwarzer Feminismus” [“Black Feminism”] collects a number of fundamental texts, beginning with a speech given by Sojourner Truth – U.S.-American abolitionist, women rights activist, and pioneer thinker of the intersectional concept. Texts written by Kimberlé Crenshaw, bell hooks, Audre Lorde, and many others have been published in German translation for the first time. During our talk, Kelly explains why feminism is not conceivable  without also taking racism into consideration, and what Black female authors have achieved from the mid 19th century until today.

Natasha, your research and work revolves around Afro-German culture and theory. What inspired you to publish a collection of texts written by Black female authors from the U.S.?  Afro-German history is part of an Afro-diasporic history that also encompasses Afro-American history. There are similarities and differences. Yet the formation of Black Feminist Thought applies to the entire so-called Global North, thus including both communities.
I originally came up with this project because Unrast publishers asked me if I was interested in releasing a translation of original English texts on the subject. I really liked the idea because I believe that within feminist discourses in Germany, the Black perspective and all its achievements is entirely excluded. This is especially important when we talk about intersectionality –  a concept developed in the Black women’s movement – because in Germany, both are discussed as separate and unrelated things. With this selection of texts, I wanted to show where this concept comes from and that it is in fact as old as the Black women’s movement itself.
The book opens with a text by Sojourner Truth, a Black freedom fighter who uses one of her speeches to point out that she is at once Black and a woman. Ever since – she delivered this speech in the mid 19th century – Black feminists have referred back to Sojourner Truth and have gradually expanded her concept. Kimberlé Crenshaw was the first to call it inersectionality, in a text that can also be found in this book. For me, it was important to show the term’s history, from first ideas formulated in the 19th century to its current use. That is why the texts are ordered in a way that mirror this historical build-up.

“Now there are no more excuses. The texts have been translated into German and can no longer be excluded from the feminist discourse.”

This is also a crucial step for the academic and theoretical use of these texts as source material, since they did not previously exist in German.
Definitely, that was certainly another reason why I immediately agreed to be part of this project. It is important to be able to access these texts in German in order to include the voices of these Black women in academic and politic debates. Now there are no more excuses. The texts have been translated into German and can no longer be excluded from the feminist discourse which has decisively been influenced by us.

In a translation project like this one, I am sure you often reached the limits of the German language. Why do you suppose are there a lot less words to speak about intersectionality in German? Why do we, for instance, lack a satisfying translation of a gender-neutral pronoun or a term that signifies the equivalence of race?
I believe that the German language is largely dominated by white, male, and hetero-normative discourses. This translation project has shown where language poses challenges in our work against discrimination. And I mean all sorts of discrimination, racial but also sexual discrimination. The German language is also very ableistic. I worked with a team of predominantly Black female translators who were able to contribute a lot from their own practices so in the end the translation of these texts became a feminist act in itself. We tried to connect different translation strategies  to the current discourses.

“The translation of these texts became a feminist act in itself.”

When you say that the German language reproduces intersectional oppression in radical ways, does the same not apply to English, or just to a lesser extent?
Yes, this is for instance the case because in English, you have only one article: a or the, respectively. In German, on the other hand, the male and female endings of nouns are always different. Yet it was, and often still is, common to exclusively use the generic male version of the word: this shows that the poets and philosophers who have left their imprint on the German language were white men.

How do feminist discourses in Germany differ from those in the U.S.?
I would definitely say that the German discourse on feminism is predominantly white. Race is often not considered, despite the fact that race and gender as well as class and ability cannot be separated from one another. This is why in Germany the discussion is extremely one-dimensional, the category ‘woman’ is negotiated in a homogeneous way. In the U.S. the discourse is at a considerably advanced level. But I am also wondering why that is the case, especially because in the German women’s movement, we have basically been discussing the same issues for the last 30 years, for instance that racism is also a big problem among women. White feminists still find it difficult to understand feminism as something that is diverse. Because there is in fact not just one feminism; there are many different feminist positions and we must and can view them as equal and co-existing. And I do hope that this book will contribute to the further development of such an understanding.

In your introduction you write that the female authors presented in your book did or do not necessarily describe themselves as Black feminists. Some of them even reject(ed) this terminology. How come?
In the U.S. we also for a long time discussed feminism as if it was a white phenomenon, which is why the term was dismissed by Black women. It is for this reason that a new movement was explicitly defined as Black feminism. Then, however, Black feminism was called into question because it was, supposedly, not more than a reaction to white feminism. As a consequence, the concept of Womanism emerged, and so on. But bell hooks puts it in a nutshell when she says: it’s more about feminist action than about applying labels.

“The German discourse on feminism is predominantly white.”

“Feminisms is very scary to most Black people” states a text issued by the Combahee River Collective.
Exactly. That’s because feminism was appropriated by white women and was in the end used to strengthen white supremacy. The text by bell hooks summarizes this development very well.  Around the time when enslaved people where liberated, Black women always worked hand in hand with Black men. In addition, they had white allies, mostly white women, who for example were not allowed to vote, and who joined the abolitionist cause also for this reason, as it fought for equal rights for everyone. While women in the U.S. where granted the right to vote in 1920, this right was taken away from Black women under the segregation laws enforced in the Jim Crow era. This was also when solidarity within the women’s movement came to an end. It was not until the early 1960s that people of color – men and women – were finally given the right to vote. That is one of the reasons why many Black women say: keep your feminism, we don’t identify with it.

Today, in a time of right-wing domination, do you still see identity politics as a Leftist or subversive concept?
Like everything that emerged from the Black movement, this concept was also stolen, appropriated, and abused by white people. What populist movements do today has nothing to do with identity politics in its original sense. I want to make this differentiation very clear. Identity politics – meaning to identify as Black, as a Black woman, Black feminist, etc. – played a role in the liberation of Black people. In this way, we were able to focus on our own oppression and act politically in a way that resonated with our inner lives and was drawn from our own self-determined identity. When seen in this context, I am in full agreement with identity politics. What others make of it? None of my business.

“What populist movements do today has nothing to do with identity politics in its original sense”. 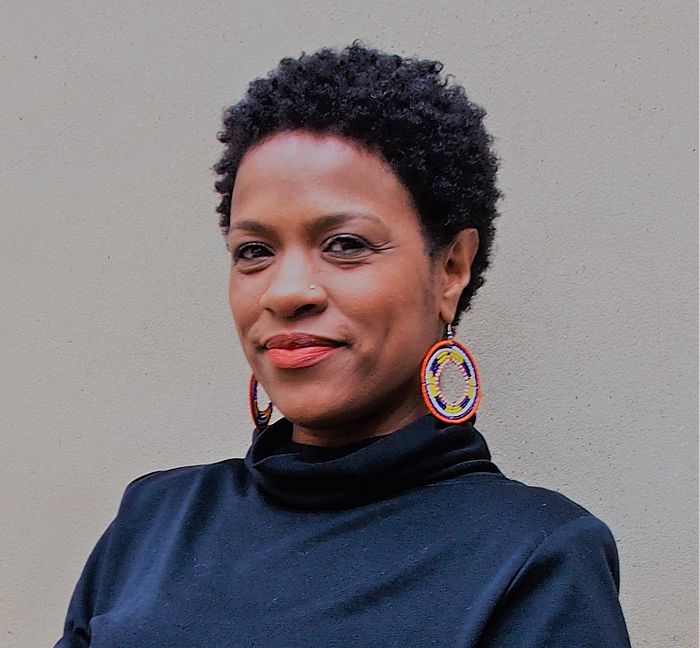 Book launch with Natasha A. Kelly and Emilia Roig (Founder & Executive Director Center for Intersectional Justice), plus a screening of the film “Sojourner” by Cauleen Smith.

Admission free / Registration until May 19 via tickets@hebbel-am-ufer.de / Late registration at the box office if necessary

How can we then undermine populist movements?
This is exactly what this book aims to do. It clarifies what we talk about when we speak about identity politics, intersectionality, or diversity. All three are Black concepts that have been white-washed. People associated with populist circles have accused me more than once of being racist because I call myself Black. That’s just their lack of knowledge. It is also important to me not to become preoccupied with the strategies of the Right, but to tell my own story, to find its form and language so that it can be understood and retold here in Germany. Because Black feminism does also have a theoretical tradition in this country.

Do you have a particular reading recommendation? What Black women authors do you feel passionate about?
I would recommend all authors affiliated with ADEFRA (editor’s note: the cultural and political forum für Black women in Germany), among them Marion Kraft, Peggy Piesche, or Maisha Auma. I would also like to mention Black books published by Orlanda publishing house. May Ayim’s works are extremely important. And there will be a second volume of fundamental texts – more about that will be coming soon! 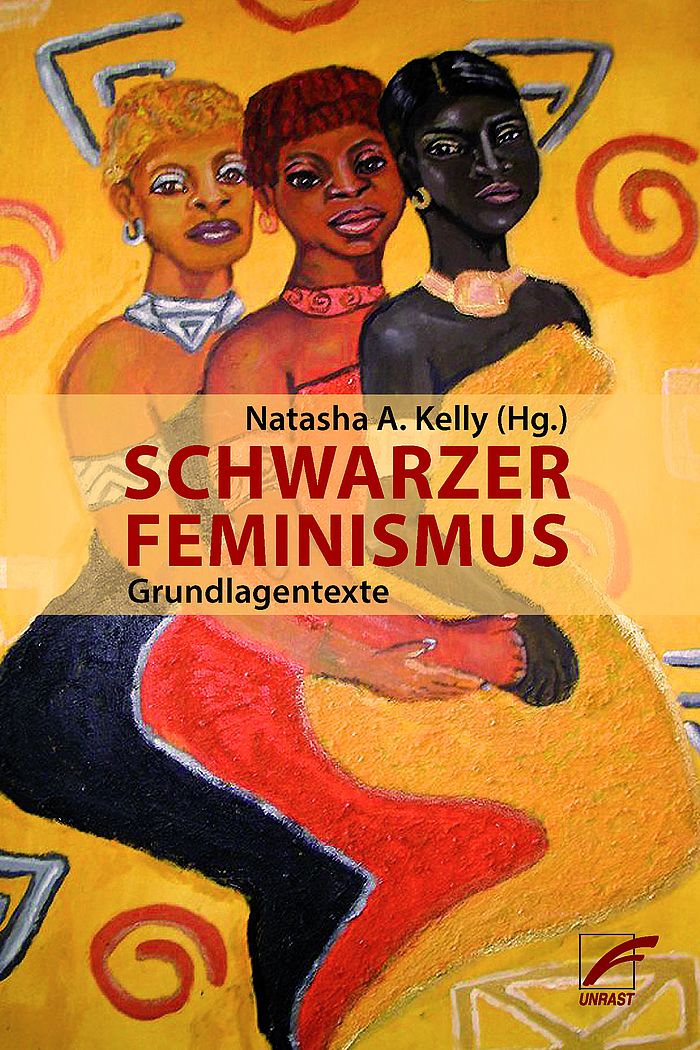