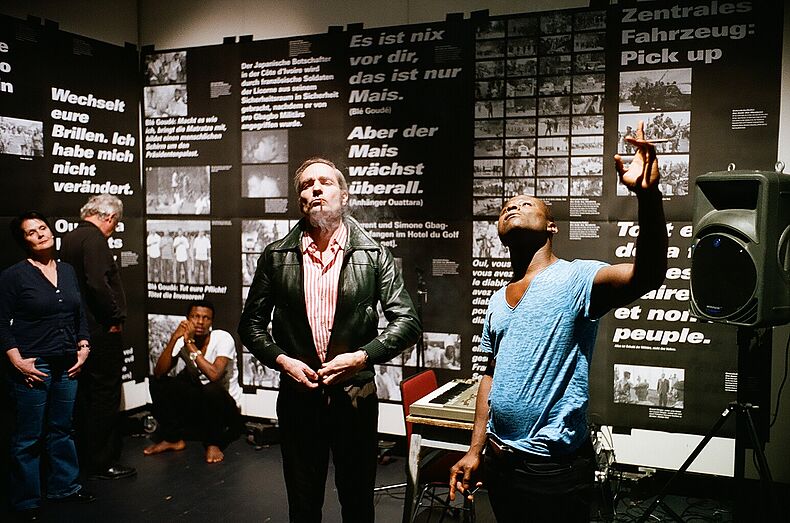 Since 2005 the director Monika Gintersdorfer and the visual artist Knut Klaßen have been working on dance and theater projects between West Africa and Europe. Working together with the performers in collective authorship, they analyze the socio-political conditions that lead to specific forms of expression. In 2009 Gintersdorfer/Klaßen won the Impulse Theater Festival with their “Othello c’est qui.” The “Logobi” series was shown at Dance Platform Germany in 2010. In 2010, they also received the George Tabori Prize and were named company of the year by the dance journal “tanz”. Their works have been shown at the Donau Festival in Krems, on a West African tour sponsored by the Goethe Institute, at Dance Umbrella London, and at the Plateforme Contemporaine Kinshasa, Congo. For the 2012/13 season they are the company in residence at the Theater Bremen.