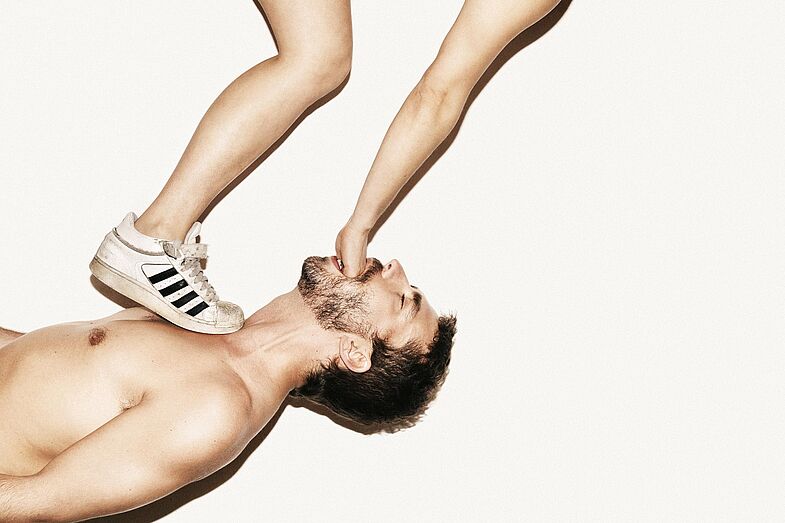 Jared Gradinger is a performer, director, and curator who has been living in Berlin since 2002. He is one of the founders of Constanza Macras/Dorky Park, and took part in the productions “Mir 2”, “Back to the Present”, “Scratch”, “Big in Bombay“, “I’m Not The Only One” and “Brickland”. He has an ongoing relationship with Pictoplasma (Contemporary Character Design), for which he staged “Get into Character” at the Haus der Berliner Festspiele in 2006. With Angela Schubot/Two Fish he created the piece “What they are instead of” at the Pictopia Festival at the Haus der Kulturen der Welt, and choreographed “Missing Link Show” (2011) at the Volksbühne. In 2008 he began collaborating with Les Grandes Traversees in Bordeaux (F), where he curated a 48-hour festival of contemporary art, “How Do You Are”. In July 2009 he launched the second part of the festival “How Do You Are Beach” in Royan (F) and surrounding cities. The third part, “How Do You Are: There Goes TheNeighborhood,” a contemporary art-parcours, took place in Bordeaux in December 2009. In 2009 he began collaborating with Jeremy Wade, creating the solo “There is no end to more”. In 2001 he was named performer of the year by TanzMagazine. In 2012 he became artist in residence at a new space called REMEDY. His video works have been shown in Canada, Israel, South Korea, and Europe.