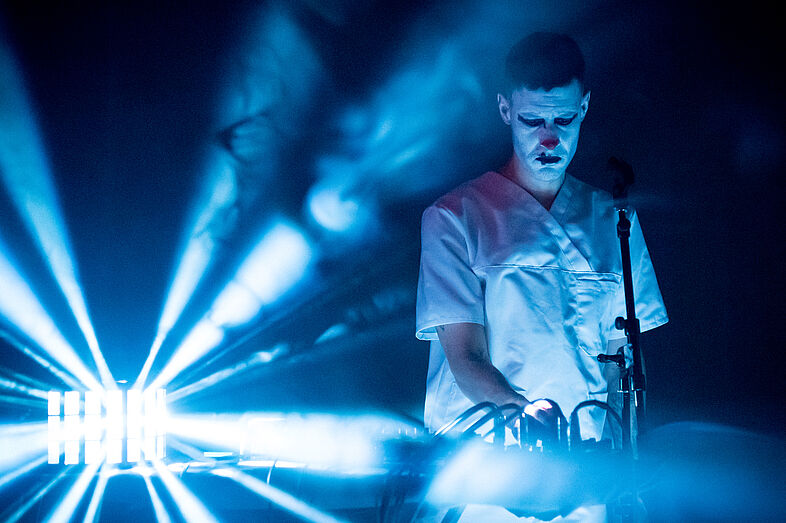 Jeremy Wade is a performer, performance maker, teacher and curator. He graduated from the School for New Dance Development in Amsterdam in 2000. 2006 he received a Bessie Award for his first evening length work titled “Glory” at Dance Theater Workshop, New York City. Since then he lives in Berlin and works in close collaboration with HAU Hebbel am Ufer. In 2011 Wade embarked on a six-month research phase entitled “identity and transgression”, from which he created the solo “Fountain” and a trio entitled “To The Mountain”. In his works, Wade is exploring the death of man, zombie subjectivity, strange modes of being and affective relationality to undermine the social codes that define and oppress our bodies. In combination with a rigorous teaching practice, Wade is busy with the curation, production and subsequent hosting of ecstatic events, series, festivals and symposia such as “Politics of Ecstasy,” “Creature Feature” “The Great Big Togetherness” and “Who Cares” in collaboration with the journalist Astrid Kaminski.