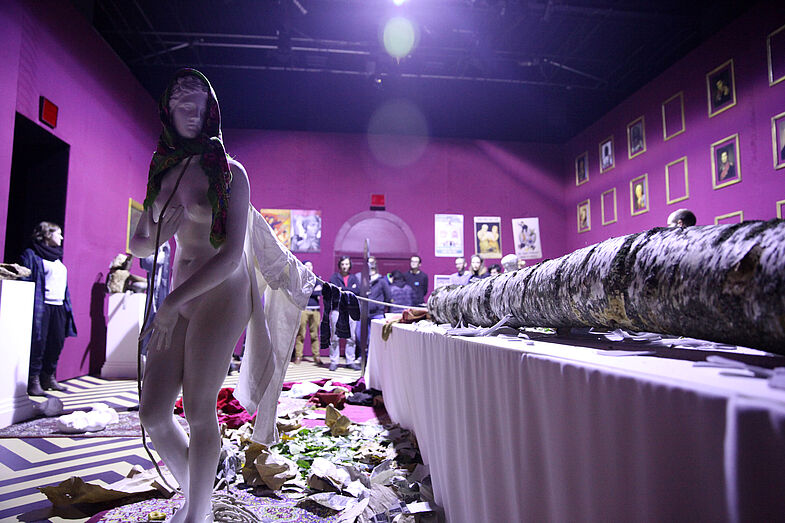 Marina Davydova is a theatre critic, historian, and producer. She has held the position of Senior Researcher at the Institute of Art Studies, taught classes on the history of Western European theatre at various universities and led workshops on theatre criticism at the Russian State University fort he Humanities. She is author of “Ende einer Theaterepoche” (2005), a monograph that looks at Russian theatre in the last ten years, and editor of the book “The History of West European Theatre since Renaissance Time until the End of the XIX Century.” As a critic, she writes for papers like “Iswestja” and in addition serves as chief editor for the magazine “TEATR.” Davydova  is artistic director of Moscow’s Net-Festival, writes a regular column for Colta.ru and was, in 2016, in charge of the program at Vienna’s Festwochen. She has been awared numerous prizes including the Stanislawski award for best book publication. She developed “Eternal Russia,” her first artistic piece, in cooperation with Vera Martynov.