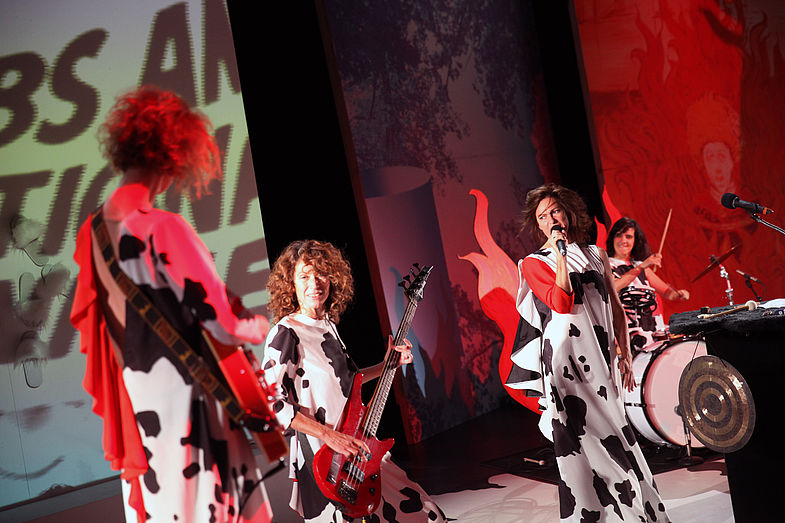 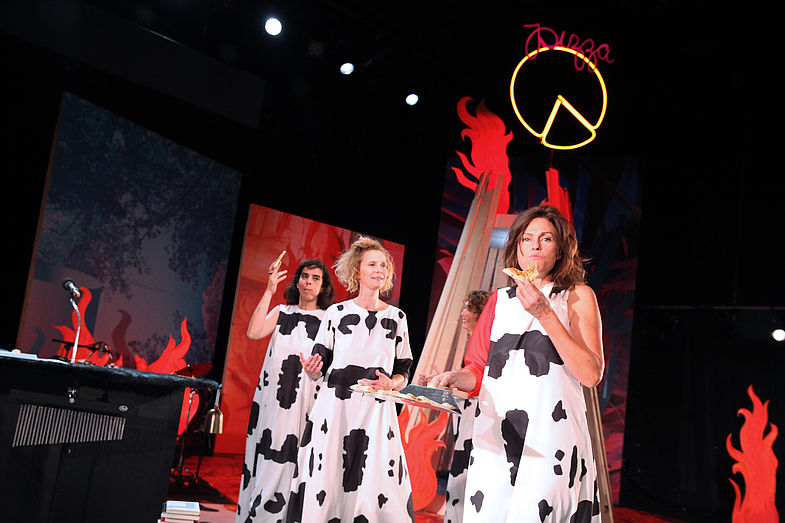 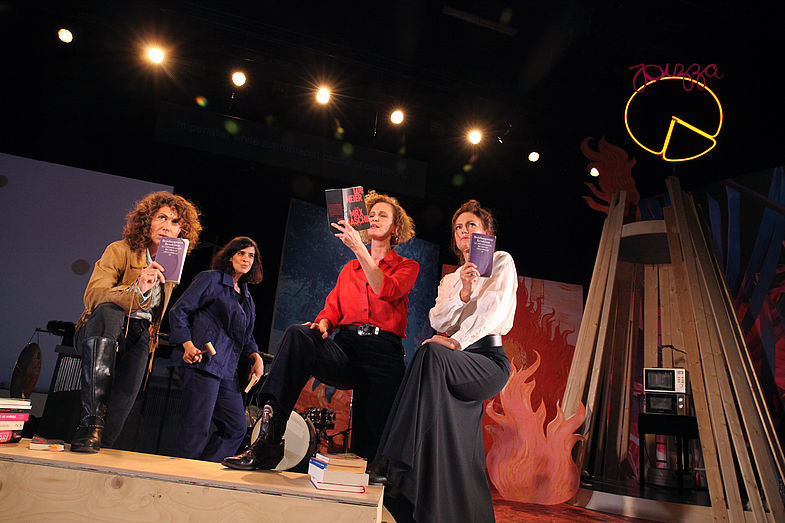 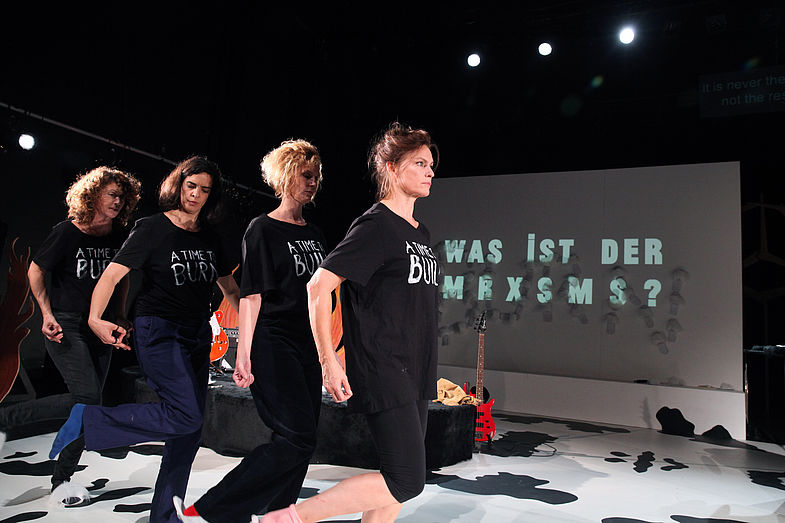 We loved it so much, the revolution! But it let go of the children of Karl Marx & Coca Cola and turned to a new generation: “While 1917 was focused on the state, 1968 targeted the individual. The future had to be look into the ways that human beings relate,” writes Bini Adamczak. In the year of anniversaries  – 50 years after ’68, the 100th anniversary of the November Revolution, the 200th birthday of Karl Marx – four women (Nina Kronjäger, Mira Partecke, Mariana Senne, and Claudia Splitt) go on a haphazard search for a new love through a strange old continent. Between May in Paris and the Prague Spring one thing is clear: The revolution knows no seasons and it doesn’t stick to any script. It doesn’t die from lead poisoning, childhood diseases or the infirmities of old age. But of the melancholy of its supporters. The only thing that might help against PRD (post-revolutionary depression) is the performance of radical democracy: a real assembly.