2. Word Play II on Saturday
Writer Göksu Kunak a.k.a Gucci Chunk and composer Laure M. Hiendl tell the story of the famous Arabesk singer who was first attacked and later murdered by her husband who demanded her to stop singing in “Bergen, The Woman of Agonies”. Starting as an almost classical narrative, the performance/music theater collapses into an installation and story told through a lecture and short hybrid texts contemplating the murders of women and LGBQTI* members in Turkey. Mixing elements of music and his own experiences, James Massiah uses his poetic verses to illustrate the shifts in London’s rapidly changing ‘ends’. In his portrayal of gentrification or everyday stories, his poems paint a vivid—and realistic—picture of London youth by taking inspiration from grime, house and even the King James version of the bible.

British-Ghanaian singer, songwriter, pianist and producer Ms. Carrie Stacks presents a solo vocal and piano recital constructing a dreamy mix of electronic components and intricate arrangements with soulful vocals. Erica Scourti ’s “Unlusts” is a performance based on fragmented video diaries rewritten into scripts for untangling a confusion of voices, affective demons and unspent intimacies. It builds on the London and Athens-based artist and writer’s work exploring biographical writing and bodily inscription in the performance and representation of subjectivity. 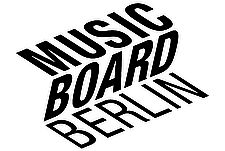