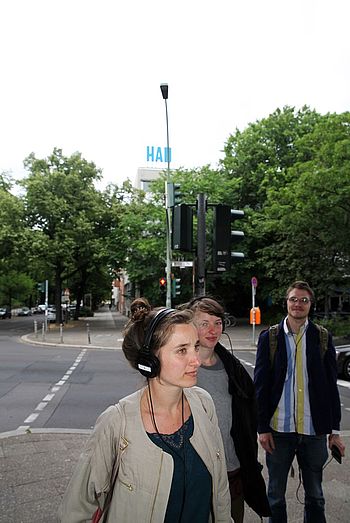 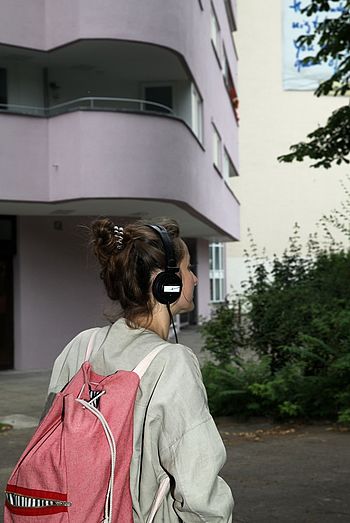 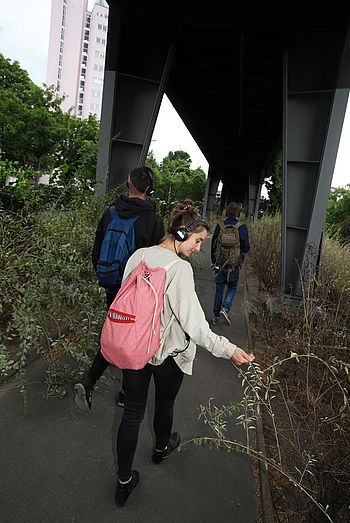 In collaboration with game developer and poet Thom Kiraly, artist und curator Sebastian Quack developed the Drift Club in 2014, which has already been realized on a global scale, for instance in Ramallah, Mexico City, and Athens. This time, a group of people will aimlessly move through Berlin: synchronized through a shared soundtrack, they will drift through the city realm. All members of the group take turns leading the way. The Drift Club does not move towards a physical destination, but is instead motivated by the pure experience and cooperative discovery of its own city as a way to newly define the perception of urban space. Three groups of ten people, who each start out at HAU2, take different paths through Berlin. Their drifting is being filmed in order to enable the participants to exchange experiences and impressions, and to compare their routes.

In order to participate, a smartphone and a headset are needed. All additional materials will be provided.

There are two marked parking spots in front of the building. (in Großbeerenstraße).