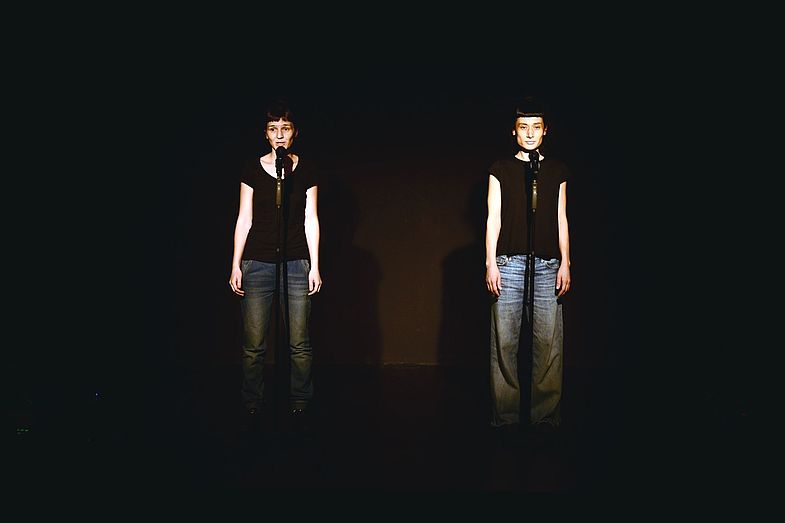 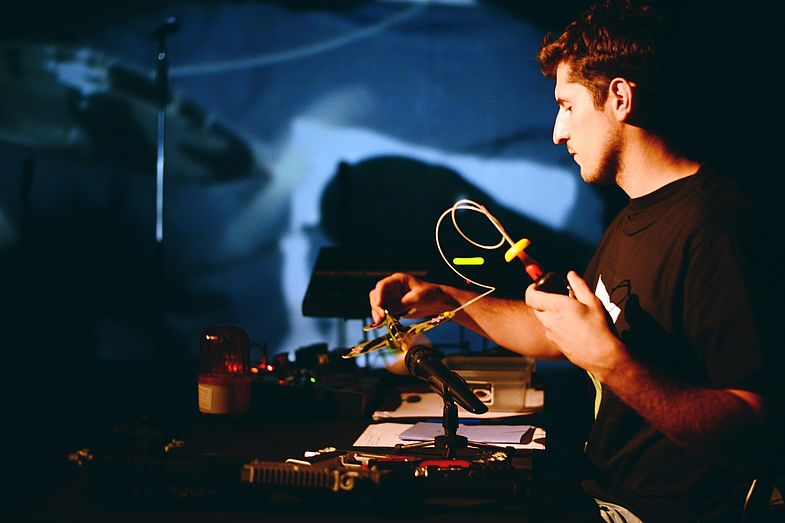 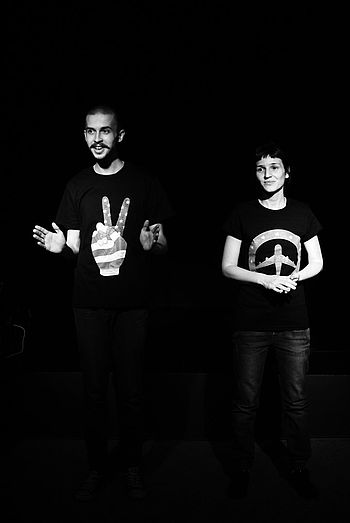 Since November 2013 Ukrainian visual artist Alevtina Khakidze has been posting excerpts from her phone calls with her mother on Facebook. The mother strives to keep a dignified way of life in Zhdanivka – a town in the middle of a war, where neighbours stop talking to each other and the city is suddenly split between “them” and “us”. Esinencu takes this as a starting point and questions the possibilities and limits of individual resistance in times of war.

In 2010 she founded the alternative, theatre-oriented art space Teatru Spălătorie in Chişinău, of which she is also the director.