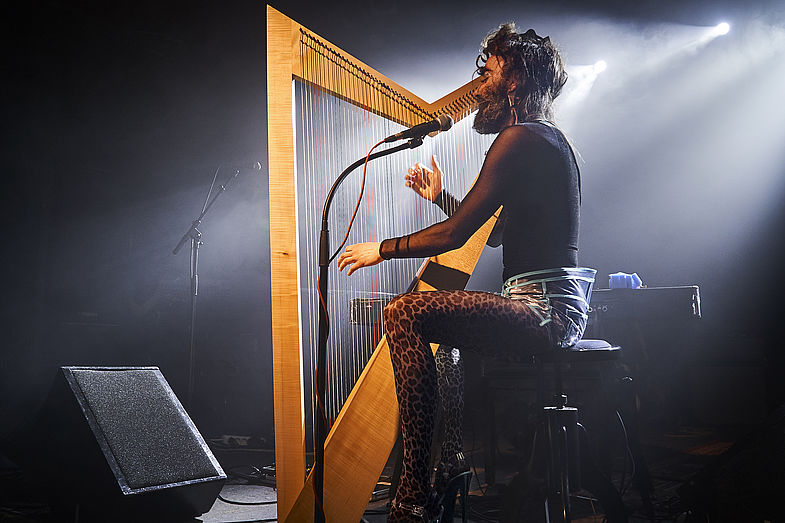 In the performance series “Pop & Geheimwissen, das Wort mit dem V in der Mitte” in 2016 / 17 Hans Unstern & Simon Bauer developed new songs at HAU Hebbel am Ufer. Now, along with their newly constructed harps, they are presenting “DIVEN”, the album that these songs became. Seven years after Unstern’s last release, this album brings together celebratory contrasexual long songs and shimmering agitprop fairy tales from a world after compulsory shaving.