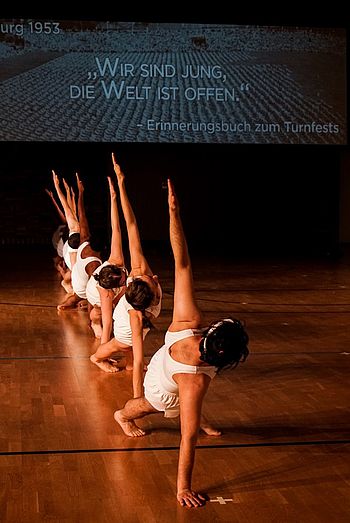 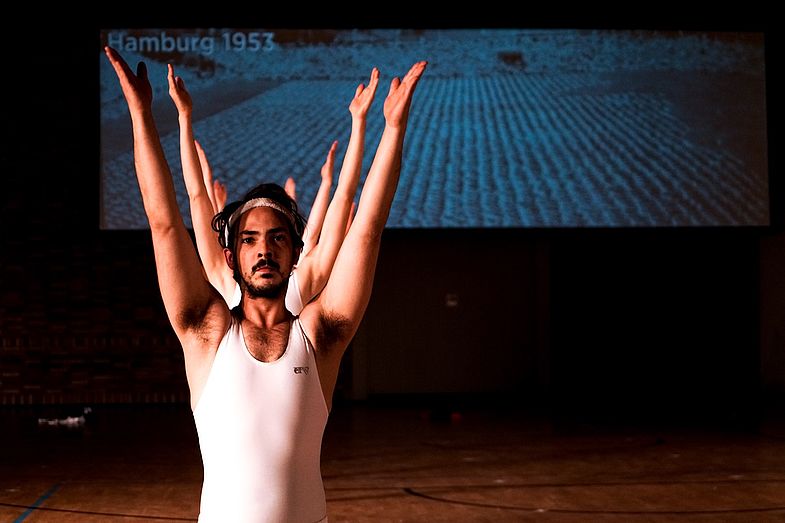 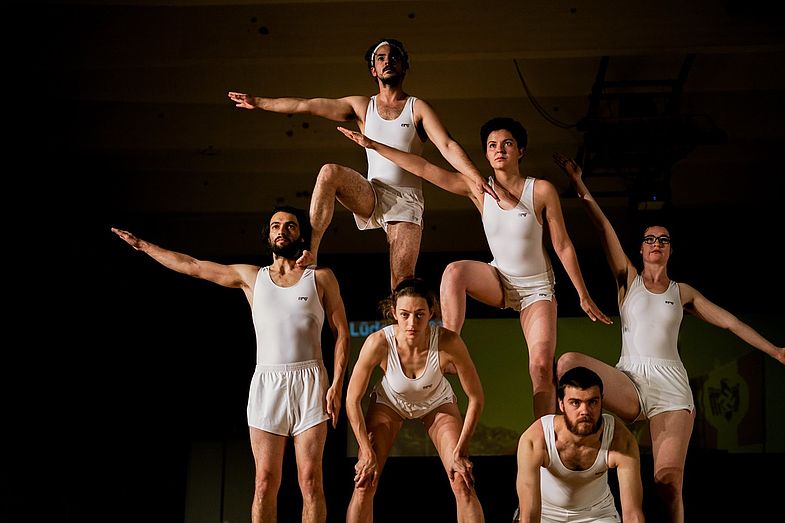 The starting point for the work “Zweiter Versuch über das Turnen” is the supposed entanglement of Germany’s history as an imagined community with the history of gymnastics as a physical practice – from its origins in 1811 as military exercises in Neukölln’s Hasenheide to the Turnfest 2017 in Berlin with the motto “Wie bunt ist das denn!”. Based on this supposition, in the HAU co-production the group HAUPTAKTION has developed a piece about the connections between bodies, community and nation. In a self-experiment eight performers use the choreographic vocabulary of gymnastics and its presentation in synchronous gymnastic displays as the springboard to engage with the formation of German bodies, thus attempting to tell an alternative German history. The staging practices of large gymnastic tournaments are used to create an evening between lecture performance, contemporary dance and workout.