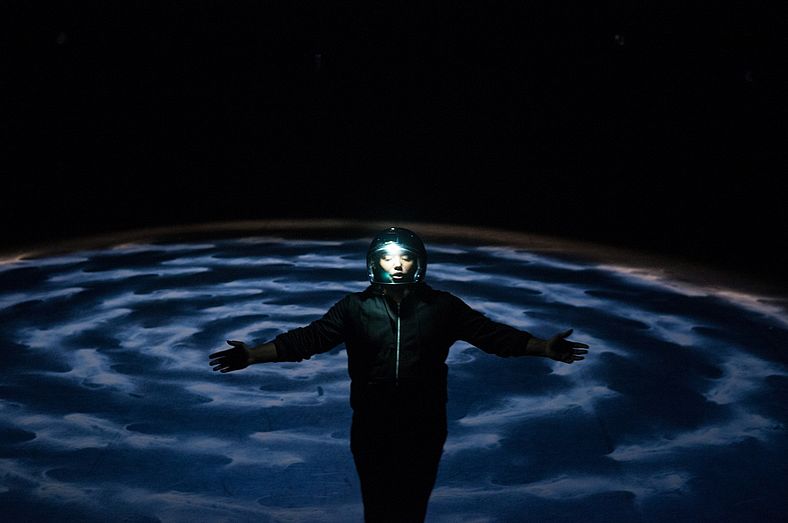 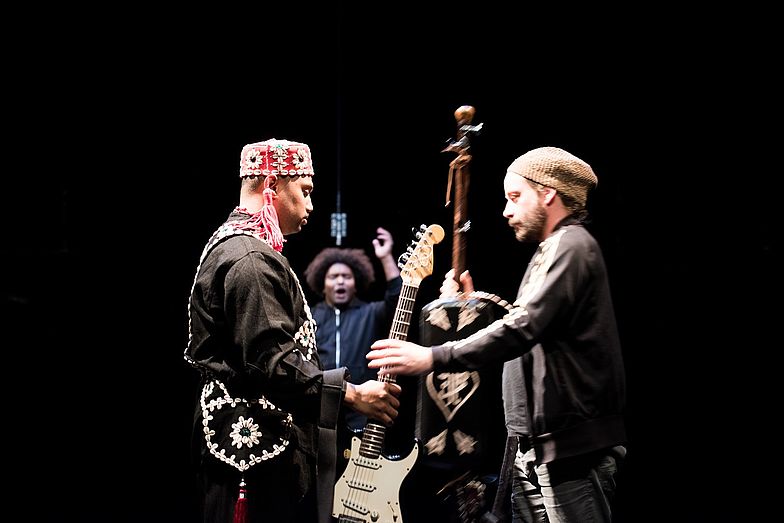 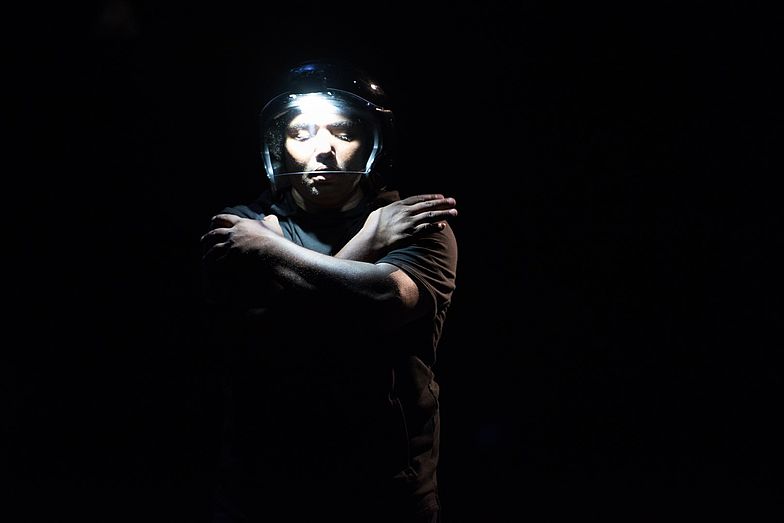 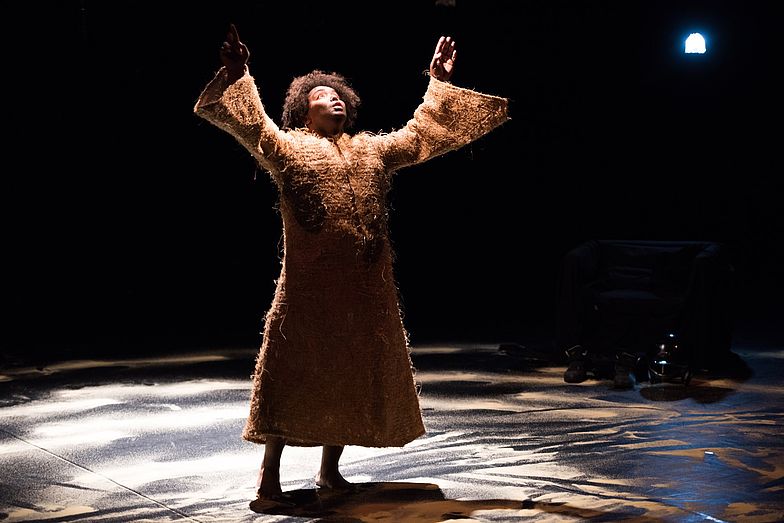 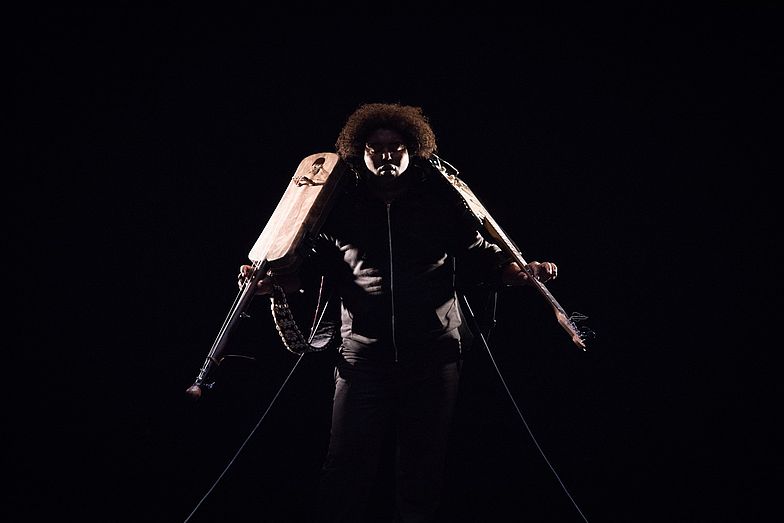 Taoufiq Izeddiou is one of the main protagonists of the contemporary dance scene in Morocco. He has created works at the intersection of tradition and modernity and of North and South. This latest creation is rooted in his personal recollections of a Sufi ceremony he attended as a child. It was his first contact with spirituality, and also with dance. What traces has this experience left on his body and on his life as an artist? In spirituality, Izeddiou finds on the one hand an unearthly appeal, an ancient wisdom and on the other a motive for blind violence. He converts that contradiction into sound and motion, and flings his body and clear voice into the fight. He is accompanied by two musicians: one plays the Gimbri (traditional bass plucked lute from the Maghreb countries) and the other an electric guitar. Between the two develops a vivid dialogue. With his whole being Izeddiou surrenders, resists, flies into action – in a state of terror and vigilance.