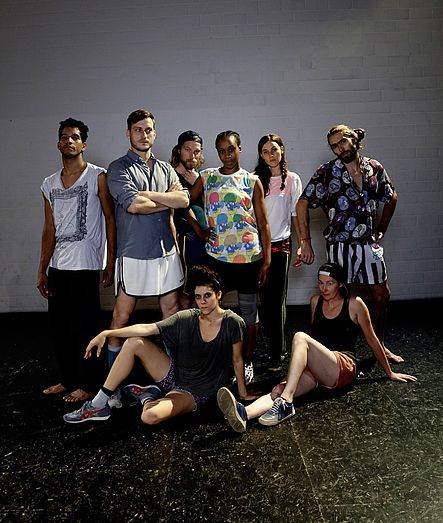 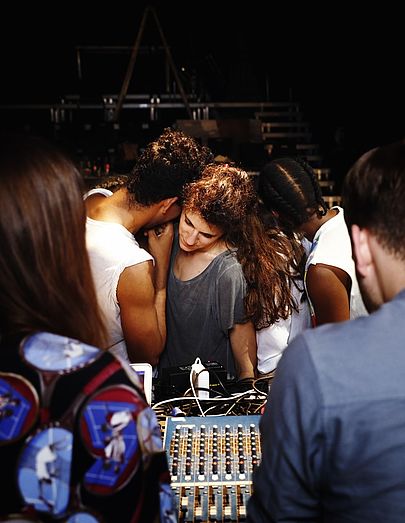 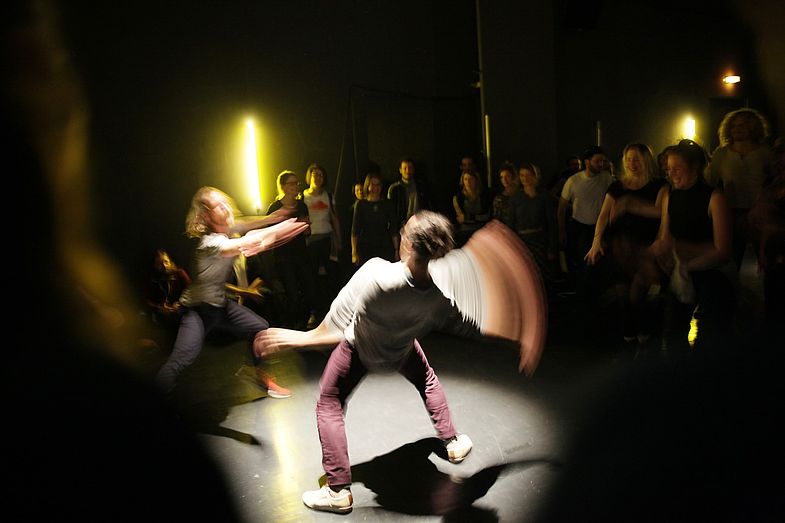 "In the beginning, there was Jack, and Jack had a groove. And from this groove came the groove of all grooves. And then one day while viciously throwin' down on his box, Jack rose and declared, 'Let there be House', and House Music was born. 'I am you see, I am the creator, and this is my house. But I am not so selfish, because once you enter my house, then it becomes our house and our house music. And this is fresh.'"

Moving between party and performance, Jasmin İhraç – with her first work at HAU Hebbel am Ufer – investigates the cultural practice of House Dance in “On Confluence” along with a group of five dancers, two musicians and a lightning designer. They highlight the utopian potential of this urban dance form as dance language and social movement. House Dance began in the 1980s within the black, Latin-American and gay communities in the clubs of New York and Chicago, and was based on the idea of exchange from the very beginning. Regardless of heritage or class, the moment of freedom in the club was a contrast to daily life. On the dance floor a collective of the many emerged, a multiplicity of styles and the idea that support is more important than competition.