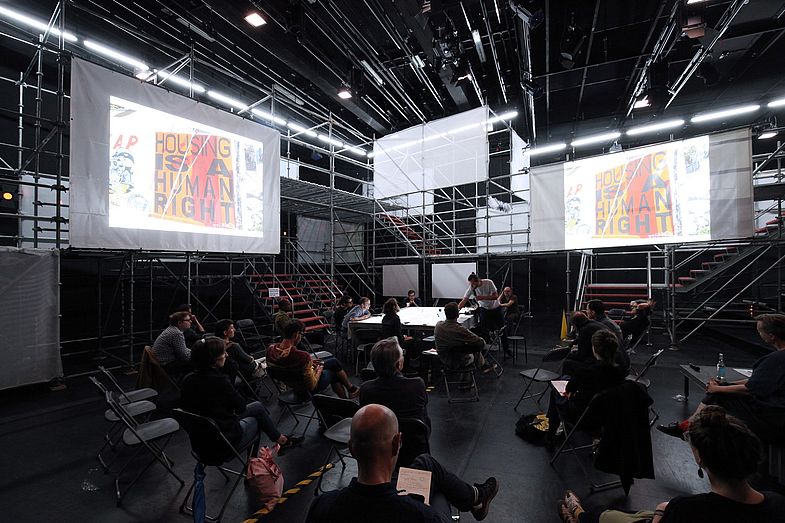 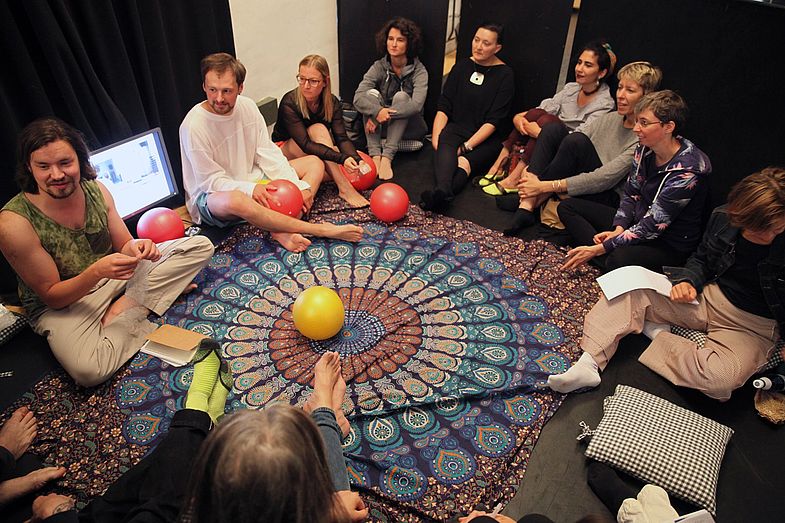 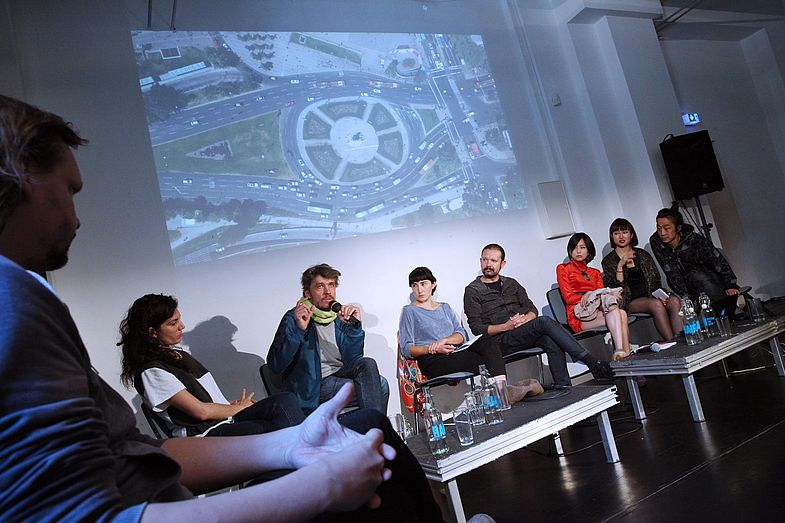 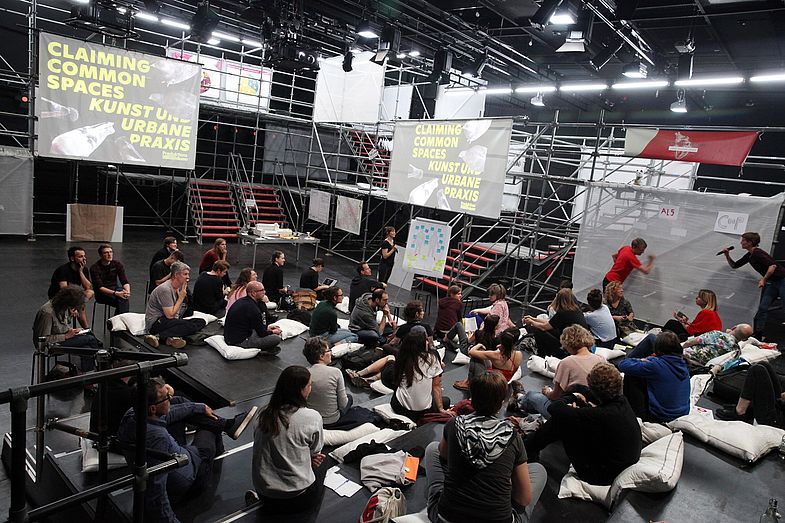 Urban issues concern us all! Our urban society grows, which is why the city becomes an increasingly interesting resource. But what does that mean for us as city dwellers? We invite everyone to join the activists, theorists, and artists in our laboratories in order to discuss and work on the development of our cities. The laboratories’ point of departure are projects and approaches of artistic works that were created in the context of the Alliance of International Production Houses. Each of them negotiates a different aspect of urban life: from social centers as societal intersections and the effects that digitalization and logistics have on our daily lives to the interests that companies pursue and possible strategies to counter these interests.

This laboratory explores the connections between tech-urbanism and displacement by way of two examples: San Francisco and Berlin. The expanding Internet-economy in San Francisco has led to a drastic increase in real estate prizes and has also sped up processes of gentrification and social division. After years of de-industrialization, Berlin’s inner city districts have seen similar changes, where start-ups und logistics companies create new industrial sectors. In both cities, numerous protests speak to the urban and social conflicts that emerge with these changes. As a guest from San Francisco, social and cultural anthropologist Erin McElroy (antievictionmap.com) talks about strategies of resistance against displacement in her city. City economist and urban researcher Felix Hartenstein who co-founded Institut für Wirtschaft und Stadt, and Clemens Melzer, former press secretary of the Free Workers’ Union FAU, which initiated the Deliverunion for bike couriers working for companies such as Deliveroo and Foodora, discuss the effects of tech-urbanism in Berlin.

This laboratory invites an exchange with artists who have created works that position them politically with and in their communities: Chim↑Pom, Lenio Kaklea, Lukas Matthaei, Mil M2, and Sebastian Quack connect art and aesthetics to a great variety of concrete urban interventions. In doing so, they open up new rooms and work primarily to change our perspective on the city and its communities. In the framework of the laboratory, they discuss their aesthetic approaches and strategies and raise the question how to read the city’s borders, classes, and structures. Which forces and mechanisms are at work here, and how do self-determined and multi-facetted spaces for and in between social interaction emerge in these complex urban structures? Which powers can artistic works unfurl within the urban realm?

This laboratory seeks to create an as-if-situation and develops concepts for the use of the 11.000 square meter wide site of the former Umspannwerk in Berlin Kreuzberg – the same place where Google once planned to found a new networking campus for start-up companies: protests against theses plans were eventually successful. The company withdrew its plans. But now, the real question arises: how can the people of Kreuzberg and of Berlin use this newly regained space? Together with representatives of political initiatives, the laboratory develops answers to this question and discusses urgent questions of contemporary urban life.

Experiences gathered at the artistic research series "Residenzen im Realen,” which tanzhaus nrw initiated, laid the groundwork for the "Care City" laboratory: the series enables artists to work in and with social institutions such as Diakonie, the Red Cross, or a gym in order to conduct research on urban life that transcends the theatre space. The results of these new intersections between art and social life raise questions about the possibilities of encounter and care within communities. They further explore solidarity and new alliances in the urban framework. In the laboratory, these subjects will not only be discussed in direct exchange with representatives of care and health institutions and artists, but will also be analyzed empirically. In a situation designed by Jeremy Wade the participants themselves are set in motion.