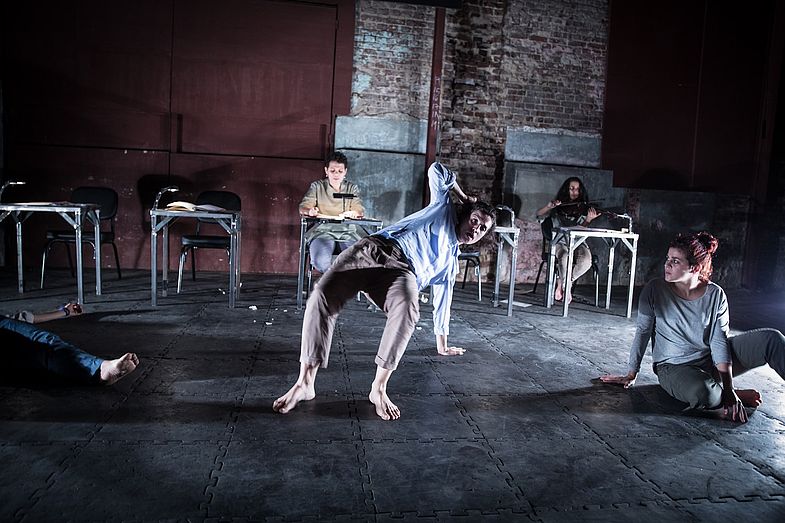 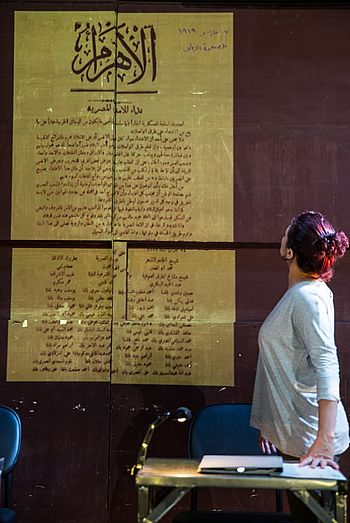 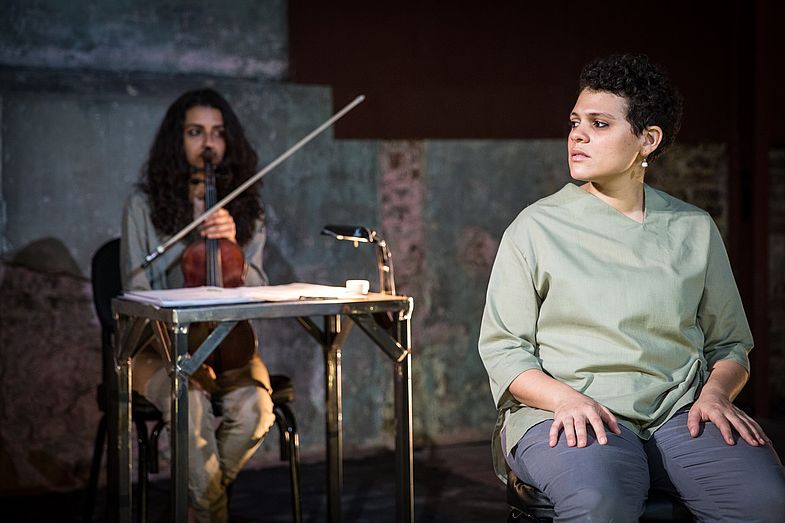 The new work by Laila Soliman is based on court records from 1919: British soldiers were charged with attacking a farming village in Upper Egypt, raping the women and burning down houses. Twelve rape victims had mustered the courage to appear as witnesses in court. Five performers bring these inspiring and brave women to life. Due to a lack of Egyptian sources on the events, Soliman relies on court papers from the archive of the British Foreign Ministry. She links the witness testimonies of the time with current discussions about “rape culture.” Why are sexual attacks on women often downplayed, doubted or instrumentalised? How much has changed with time? In light of the current situation of women, not just in Egypt, “Zig Zig” impressively shows what it means to be delivered to the caprice of the authorities. Then as now.